Ritchie made the remarks last week during a media visit to Gilevulo and Tilitonse Comsip Clusters in traditional authorities (T/As) Nsamala and Chanthunya, respectively, in the district after male members touted successes they have achieved through the groups. 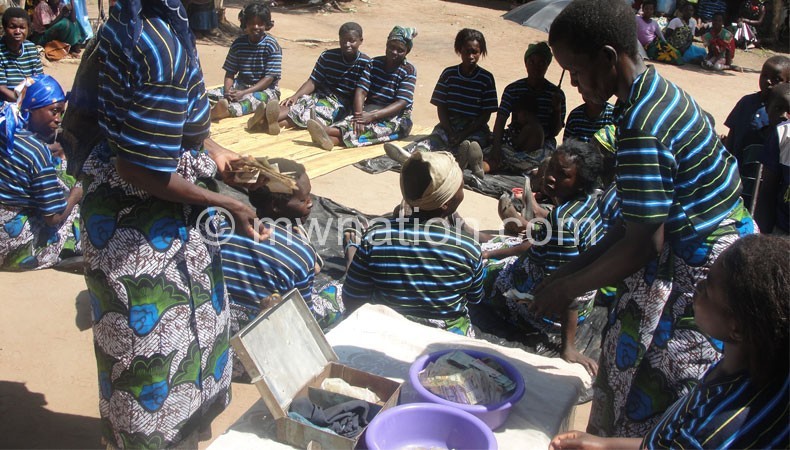 He said men should change their mindset that aligns savings clusters to women affair.

“Number of males in these groups is not worth smiling about. Instead of joining Comsip (clusters) that empower lives economically through easy access to loans for businesses, a lot of men sideline themselves to struggle out there. But this is one of trusted endeavours men can pursue to financial freedom,” said Ritchie.

In his remarks, one of 12 male farmers in Gilevulo Comsip Cluster from Adamu Village in Nsamala’s jurisdiction, Mustafa Sitande, said members are equipped with management skills that help advance their businesses.

Gilevulo and Tilitonse Comsip clusters have 52 and 34 members of which 12 and 10 are men, respectively.

With financial support from World Bank, Comsip Cooperative Union Limited runs the clusters and cooperatives, which are formed among beneficiaries of public works, social cash transfer and adult literacy classes, among other community programmes of poverty alleviation, nationwide.