In 2006, a great teacher, poet and literal critic, Bright Molande—who is Dean of Humanities at Chancellor College—wrote a moving article titled ‘Thinking Malawi First’ in The Nation.

The article, which I still read and I swear to keep it safe for my unborn children to read and drink from its rare wisdom, was written in response to Malawi Congress Party (MCP) president John Tembo’s failure to attend the Independence celebrations which were held at Civo Stadium in Lilongwe.

My great teacher rightly reasoned that Independence Celebrations are a national gathering—a moment during which Malawians set aside their diversity and come together for the good of the nation.

Choosing to miss such a gathering, my great teacher wisely concluded, meant that Tembo, the leader of opposition, does not think Malawi first.

Surely, my great teacher was right. Why? It is simple. There is always a moment when we, as a nation, need to set aside things that differentiate us—be it politics, religion, language, culture, etc—and come together, smile at each other, hug and celebrate the God-given gift of nationhood.

Just as I thought that Tembo’s gamble and Dr Molande’s rebuke could serve as lessons to contemporaries, I was baffled, appalled and greatly disturbed when I learnt that Professor Peter Mutharika, leader of the Democratic Progressive Party (DPP), could be so retrogressive in thought that he would miss this years’ Independence Celebrations.

I was baffled, appalled and greatly disturbed because I could hardly imagine Professor Mutharika, quite a learned, travelled and exposed man, could choose to faithfully drink from Tembo’s political wisdom, if wisdom is what one can call Tembo transgressions.

As a man who has spent most of his years in the civilised West, teaching in some of the world’s most revered universities, I expected Mutharika to be the first to civilise fellow politicians, through showing not telling, on politics of civility—the kind of politics that enhances Malawi first.

I quickly, more out of anger than analysis, told Jacob Jimu—a senior colleague—that this law professor is not the one we have been waiting for.

He won’t add any value to our politics; as such we should just wait for another one. Jimu prayed for my patience and advised me to ‘give the great professor some time to grow’.

Well, as I gave him the time to grow, the great professor was at it again, drinking from Tembo’s ‘boycott’ wisdom. President Joyce Banda had sent an invitation to leaders of various political parties for a meeting to brief them on the Lake Malawi dispute.

That invitation, to me, was symbolic.

It symbolised the President’s understanding of the lake dispute as a national problem which needs every Malawian, just as Independence Celebrations, to shed off their political coats and come together to form a common thought.

This is why I was not baffled, not appalled and not even disturbed with the ‘war-mongering’ statement he reportedly made at a political rally in Salima. He hardly values national issues, as such; he can make any insensible statement.

And judging from his tenacious tendency of ‘boycotting’ national duties, the statement in Salima told us more about the content of Professor Peter Mutharika’s character, his innermost political philosophy.

For all its flaws, the Joyce Banda administration is intelligently handling the Lake dispute. They have not shown any form of leadership weakness as the good professor argues.

In fact, if there is anybody who is completely—underline completely—out of order, showing strong signs of leadership failure, then it is the professor.

May be he is naive, as he usually is: Our news analyst James Chavula did an impressive investigative report on the dispute that revealed how connected thousands of Malawians and Tanzanians are in their search for daily survival.

Even though the professor boasts of being quite versed in international law, which is true, the challenge at hand, as James Chavula showed, is not in the law books.

This is more a human, than a legal issue. We need a great touch of Umunthu in this than being knowledgeable in vague law books for battling in courts where, as the poor suffer, people like the professor, the lawyers, make a great deal of billions.

Careless handling of this international problem—as we saw when his brother, Bingu, messed up our historical relations with Zambians, the UK United Kingdom and Mozambique because of careless speeches such as the one Peter reportedly made in Salima—could inflict untold waves of plight of innocent lives.

The problem with Peter, I think, is that—despite failing to prove that he is the right material for the presidency apart from his perceived ‘wealth’ and blood connection to the fallen brother—he is just too desperate to get the presidency.

Such desperate men, trust me, are very dangerous. They resort to any means, even dishonouring national duties, to achieve their end. The Machiavellian type of thought, kind of.

The Machiavellian desperation in this professor, trust me on this one, will greatly work to his disadvantage if he loses—something I find more likely.

This Professor, to be honest, has a great history in international legal studies which to me, is enviable. As such, it needs to be jealously protected.

That is why, after seeing that there is nothing transformational in this professor apart from drinking from Tembo’s wisdom, I strongly recommend to Peter to safeguard his endangered legacy by just returning to lecturing before the worse come to worst. 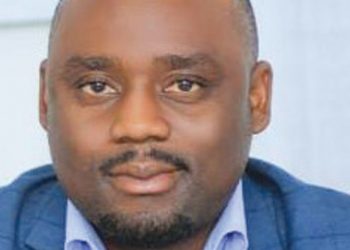 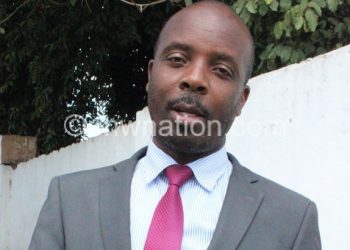 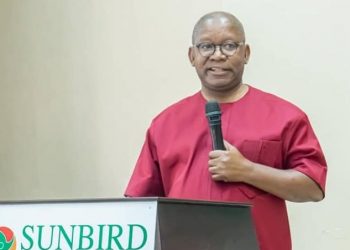