In 1963, the American civil rights activist Martin Luther King Jr famously said an individual has a moral responsibility to obey just laws as well as to disobey unjust laws. It was his considered view that only those laws that uplift society should be followed to the letter.

After all, laws, including provisions of the Constitution and Acts, are made by people to reflect the needs and aspirations of society. Luther King Jr’s point was that unjust laws that elitist groups can use to suppress minority groups should be disobeyed while in force and eventually changed.

The Malawi Communications Regulatory Authority (Macra) and its leadership would do well to remember this principle when considering disciplinary measures to penalise broadcasters that have not complied with its licensing fees.

The Media Institute of Southern Africa Malawi chapter on Tuesday urged Macra’s leadership to accommodate broadcasters who owe the regulatory body millions of kwacha in outstanding licence and other related fees.

The economic fallout from the crises dating back from 2017 has undermined the capacity of media institutions to generate revenue from advertising, their primary source of income. It is important to note that the broadcasters Macra is hell-bent on closing now, wholly depend on advertising.

Against that backdrop, it is reasonable to create a temporary waiver and a concession to allow the broadcasters with outstanding arrears to settle their bills within a mutually agreed time frame. Revoking the licenses and closing the institutions seems like an extreme measure.

The media fraternity has argued in the past that the fees are too high. This seems justifiable considering that the licensing fees in Malawi are higher than those in South Africa.

In Malawi, the cheapest initial and annual licence for community radio is $1 500 (about K1.03 million) about four times higher than the rate in southern Africa. The highest is at $2 500 (about K2.6 million) or ten times the rate in Malawi.

Even accounting for the fact that licenses in Malawi are valid for seven years, the prices are still higher on average and that is before adding the levies that Macra imposes on top of its registration fees. The account here is rather simplistic, but it points to a problem with Malawi’s license fees.

Can Sulemani and his lieutenants at Macra justify why broadcasting licensing fees in Malawi, one of the poorest countries in the Southern African Development Community (Sadc) region, are higher than those in South Africa, one of the two largest economies in sub-Saharan Africa?

And while we are on the same subject, what is the rationale for charging the subscription fees in US dollars? To put that into context, South Africa accepts payment in rands, their local currency. How does Macra, a local institution, justify calling for payments in dollars?

One would think that the institution was trying to cushion itself against inflation. Several government Acts include a provision to pay in dollars to guard against inflation because most licence and other payment fees take a long time before review, a development that erodes their value in the long term.

However, if this is the truth, then Macra is cushioning itself at the expense of its licensees, who if we go by the standards in South Africa, are already overcharged.

It is convenient for Macra officials to come in and say they cannot forgive the media houses because they are acting within the law. Perhaps, instead of taking such a hard-line approach, the leaders at the institution should evaluate their fees relative to our peers in the region.

Without this review, Macra will oversee a media regime dominated by elitist groups and the State-run broadcaster MBC. This would erode the gains Malawi made in promoting plurality in the media, a key hallmark of a democratic society.

Macra must enforce its rules and regulations, including the payment of license fees and other levies, but Section 6 (1) Communications Act of 2016 dictates that the regulatory body “to ensure as far as it is practicable, reliable and affordable communication services are provided throughout Malawi”.

Can Macra confidently say that it is achieving its mandate by charging that higher and passing on the cost of inflation to broadcasters operating in a hostile environment? Maybe the problem isn’t with enforcing the law, rather the problem lies with the law itself. 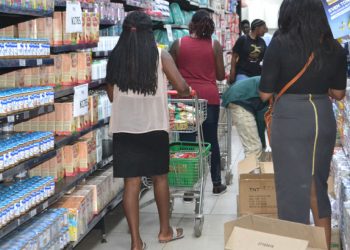