You might think that Malawi’s dualistic agriculture sector—made up of two sub-sectors; namely smallholder and estates—is all about maize.

You could be forgiven.

Studies show that Malawi’s per capita maize consumption stands at 133 kilogrammes. The staple grain accounts for 54 percent of the caloric consumption by Malawian households.

In a distant third position is cassava, which contributes seven percent of your caloric intake, sweet potatoes and potatoes at eight percent while wheat and rice—surprise, surprise—are at a measly four percent.

On a lighter note, it proves that most Malawians, when offered rice or anything other than nsima—complain that atigoneka ndi njala (we have slept on empty stomachs!

Within the region, Malawi has the highest dependence on maize for caloric consumption as the region’s ranges from 20-35 percent.

If that is not reason enough to think seriously about food diversification, I don’t know what will convince us.

There have been, of course, half-hearted attempts at diversifying away from maize as a staple grain, but nothing much has come out of it.

As a result, a mere grain has come to stay as a macroeconomic issue that holds the country to ransom whenever the weather misbehaves.

More than half of the consumer price index (CPI)—the basket that the National Statistical Office (NSO) uses to compute inflation—is dominated by food, mostly maize, which skews headline inflation numbers even where core inflation improves markedly.

When maize output falls below the average of 2.4 million metric tonnes, inflation heads to the roof, interest rates rise and the national budget gets an extra strain. Economic growth slumps too. Look at the last two years. The economy wobbled by a 3.3 percent rate in 2015, then crawled at the speed of a paltry 2.7 percent in 2016.

This year do not be too surprised if we actually achieve the gross domestic product (GDP) growth of between five and six percent in 2017 estimated in the next budget. Agriculture output, including maize, is expected to regain most of the production in those two dark years of floods and drought.

Is it any wonder that the focus of food security in Malawi is maize production?

Look at the Farm Input Subsidy Programme (Fisp). It is maize centric—both in terms of the subsidised fertiliser and seeds.

This should not be surprising.

More than half of the country’s small farm area is blanketed with maize production. The fact that more than 90 percent of the population grows maize is motivation enough for politicians to concentrate on the majority of the voters, right?

How then can food diversification be achieved if maize remains a political tool for the poor to remain enthralled with the governing elite?

So, yeah, I get it that if we had the chance to build a shrine for a crop, it would be maize where we would be throwing sacrifices.

But make no mistake, maize adds very little value to the economy—both at macro and micro levels. Let me put it bluntly: Maize is a non-tradable crop in Malawi. It is for consumption.

I can swear on my late mother’s grave that relative to production, imports and exports are quite small—I doubt they would average even seven percent of consumption.

So, you see, no one should worry about maize being legitimately exported out of the country. What should worry policy makers are two things: preventing the maize from being smuggled and ensuring that farmers, if they must sell, do so at a price that is higher than the investment they put in to produce the grain given that maize prices in Malawi are largely driven by domestic supply and demand. 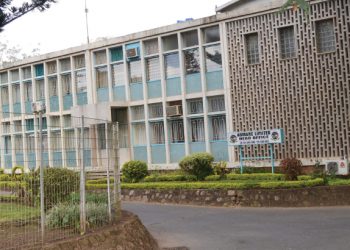 Only MPs, through fiscal legislation, can save our forex