Two months ago, 62 creatives were invited to a week-long training under the Sula Professional Development Training Programme.

Practitioners from the fields of music, ceramics, painting, drawing, sound engineering, cinematography, stage lighting and writing were brought together for the training run by the Department of Fine and Performing Arts at the University of Malawi (Unima) in partnership with Unesco.

As is usually the arrangement in any academic institution, the participants were given meal cards to be used at meal times. The enforcement of that house rule was as firm and strict as they come.

A member of the music class, Brian Mystery Kububa inadvertently found himself on the wrong side of this rule. Other academic demands required him to travel to Blantyre where he was to sit for an examination paper.

Unfortunately for him, when he got back to Unima that evening, he realised he was in for a rude awakening.

Kububa told Chill: “We were not allowed to enter the examination room with any paper related material. So, I left the meal cards with a friend. After the examinations I could not locate this friend and I left for Zomba.

“During supper, I stood in line as usual. The caretaker, Aisha Jamal, asked for my card. I explained my ordeal, but she would have none of it. She made me step aside. It was only after someone came in as a witness to my story that I was allowed to eat after sometime.”

That experience was one not to escape his mind so easily and fast. During that evening, as the students killed their idle hours after dinner, the easiest thing that came to their mind was to be playing music. And Kabuba seized the moment.

“Together with my friend Andrew Kalozwa, we borrowed a guitar from a friend. I jokingly told my friend to play the guitar while I do a free style about the incident with the meal card,” he said.

That was to mark the birth of a song concept which has been officially released as Meal Card.

In the song the protagonist is trying to plead his case to earn sympathy by explaining his ordeal in the most honest way.

But no matter his effort, it appears his pleas are falling on deaf ears.

Although the background of the concept came out from a lighter moment, its delivery demonstrates the artist’s seriousness as a musician. The presentation of the lyrics are perfect for the laid back reggae tune the song has been done in. The acoustic element added a new flavour to the song too.

The artist, however, said the composition is not entirely a protest as the rules were clear on the admission to catering services.

“The rules were clear that without a meal card, you will not eat. I was only trying to plead my case because of the situation I found myself in,” he said.

His counterpart Kalozwa said the project is a culmination of the lessons that they learnt during the Sula training. He said it was a perfect opportunity for the two to experiment the new tricks they acquired.

He said: “When the incident happened we looked at it more than just a missing meal card issue. We believed if we developed the concept further, we could create something unique.”

The song is currently available on entertainment online platform Mikozi Network and YouTube. The artist said the response from the project has been positive as a lot of people have asked for his music. He said the project has won him a new audience.

In her reaction to the song, Jamal said she never expected the artist would coin a song from what was a normal task of ensuring order within a setup.

“The short period which they came up with the song is unbelievable. It showed just how creative they are. It is nice how they turned the whole situation into something so beautiful,” she said.

The song was recorded at Incredible Sounds Studio in Blantyre and it was produced by CIA.

Previously Kububa released an extended play which was inspired by the Malawi national football team’s qualification to the African Cup of Nations. 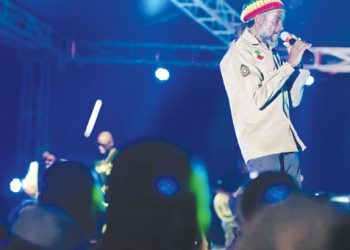