by Garry Chirwa
in Editors Pick, National Sports
3 min read
0
Share on FacebookShare on TwitterShare on WhatsAppShare on LinkedinLinkedinShare via Email

Be Forward Wanderers step up their CAF Champions League preparations this Saturday when they face Mozambican Mocambola League champions UD Songo in Mozambique.

Club general secretary Mike Butao said the Nomads are scheduled to depart for Mozambique on Friday.

“We are both competing in the [Confederation of African Football] CAF Champions League and the match will help both teams tune-up for the preliminary games.

“This is a big boost for us as it will also help our technical panel to assess new players and see how they can gel with the rest. It will also be about trying different combinations and tactics,” he said.

UD Songo is the team the Malawian duo of Frank Banda and Charles Swini play for. However, Banda, who is in the country on off-season holiday, said he was not aware of the friendly match.

“What I know is that we are supposed to travel to South Africa for pre-season training on January 12, but if there is that development, then we will be informed accordingly,” he said

The TNM Super League champions will face AS Vita from the Democratic Republic of Congo (DRC) in their preliminary round first leg tie away between February 9 and 11.

Conspicuously absent was Blessings Tembo who is embroiled in a contractual dispute following his sudden decision to return to Silver Strikers.

“As for Blessings, I do not know why he is not here. Maybe he will join us in a few days time,” he said.

Wanderers coach Yasin ‘Titch’ Osman said they have engaged football marketing consultant Felix Ngamanya-Sapao to get Vita’s video clips that will help them assess their opponents’ strengths and weaknesses.

“We cannot start the CAF campaign on the assumption that we are the champions and therefore, we are ready. We need to measure our strength against strong opposition so that we can spot our weak areas and work on them by playing international friendlies and also assessing the opposition’s video clips,,” he said.

Masters coach Abbas Makawa yesterday said they have monitored the strengths and weaknesses of their opponents through some video clips they acquired within the past two weeks.

He said the fact that the Angolan club has  vast experience in CAF competitions, including seven appearances in continental tournaments, does not scare them.

“From what we have gathered so far, our opponents are not as strong as the recent reports suggested; they are an average team that can be easily beaten if we play our cards well,” he said.

Makawa said they have started training as they wait for the club’s executive committee to announce names of new players to beef-up the squad.

Masters  general secretary Zacharia Nyirenda yesterday said they have already acquired a few experienced players to strengthen the team but they will make an official announcement about their identities on January 31.

He added that they will not have an international friendly match ahead of their CAF engagements but, after having a meeting with the technical panel, they might decide to have strength-testing games against some local clubs. n

Harrison to double as Nomads TD 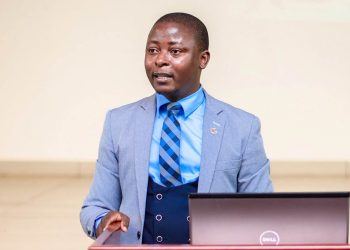