As many would put it that travelling for fan is only for the rich, mostly foreigners, Mwanza-based local tourist Mervis Maigwa thinks differently. For her travelling is a passion towards promoting local tourism.

She claims Malawians have a negative perception about tourism because of lack of information.

She says: “There are so many sites to excite Malawians but people don’t have access to travel information.

“I think such information should be readily available to excite then and get more Malawians to travel.”

At 24, Maigwa has been to many tourist sites in the country.

She documents and shares every touristic memory on her social media platforms for Malawians and the world at large to appreciate and believe that tourism is for everyone, especially the country’s citizens.

Say Maigwa: “When I post my pictures I motivate people, especially Malawians; that it is possible to travel locally and it is also possible for them to go to places they only thought foreign tourists can go.

“What started as a hobby has ended up being a money-making venture as I am now enlightening fellow Malawians that it is possible for them to travel and have fun like foreign tourists.”

Motivated by her parents, Mervis has been to places such as Mulanje Mountain, Lake Malawi and Nyika National Park.

“I am a daughter of police officers. Being civil servants, we get to move around a lot through transfers. I have lived in Rumphi, Dedza, Thyolo, Blantyre, Lilongwe, and, now I am in Mwanza.

“Previously I would feel sad when being transferred, as it meant losing friends, but I was equally excited when getting to our new place, especially if it is near a natural creation such as a mountain,” she says.

However, Mervis hopes to acquire a full videography and travel equipment to document her travel diaries.

A teacher by profession, Mervis is also keen to educate the younger generation on the importance of travel through her initiative called ‘Mwana Aphunzire’.

She envisions expanding this initiative by educating more Malawians that believe tourism is only for foreigners.

“I interact and motivate children whenever I am travelling because I believe when these children learn about travel at a young age, they will appreciate that promoting local tourism starts with us.

“I would also like schools to establish tourism clubs. A lot of schools already have wildlife clubs but I urge schools to be more diverse and inclusive and not only visit national parks but also travel to different tourist sites in the country.”

He said: “Over the years we have seen huge commitments from people like Peter Makwana, Chinga Miteche and Innocent Kaliati. Tourism is not only for foreigners but, as citizens, we are capable of visiting our beautiful destinations.

“If it is not us Malawians visiting our beautiful places, then it becomes difficult to sell the same to outsiders.”

But he said the Covid-19 era was a big blow to the tourism sector.

“Lockdowns elsewhere in the world affected us in terms of tourism attraction as there were no foreign tourists.

“So, Covid-19 has given us a big lesson on how we should rethink tourism. It has helped Malawi to reshape its focus on tourism and change of mindset.” 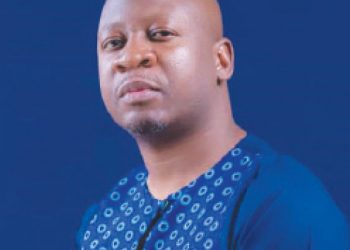