Last week former president Peter Mutharika opened up to grant interviews on life after the presidency. From his beachside retirement home, Mutharika tackled a number of interesting issues, but one thing that was amusing is his take on corruption during his tenure.

In his word, corruption in government will not go soon. He found it, and he left it. Already, he said, there have been stories that corruption is already walking around the corridors of President Lazarus Chakwera’s State House.

Mutharika said as a president, some people acted behind his back and that he could not go from office to office to see how each one was conducting himself. He was responding to a question on his bodyguard Norman Chisale who is answering several charges, including that he used a presidential privilege to buy obscene amounts of cement from Zambia and Zimbabwe.

His comment, bordering on ‘the evil was done behind my back’ line reminds you of the first Malawi President Hastings Kamuzu Banda. Once he was out of power he indicated that the atrocities of his one party rule were done behind his back. This line makes little sense.

It is quiet absurd that Mutharika—or APM as he is popularly known among his party cadets—should be saying that he couldn’t go from one office to the other sniffing out who was being involved in fraud and corruption, even at State House.

He forgot to say that there are State machinery organs that could have investigated such acts as they were happening. It is out of order to think that the whole President would be going about doing the job of the country’s intelligence services.

Apparently, State Residences is one of the government agencies that is heavily funded but is also embroiled in matters of over-spending. This has been a thorny issue even during the Kamuzu reign. As a matter of fact, before they were killed in the infamous Mwanza Accident, Dick Matenje, Aaron Gadama, John Twaibu Sangala and David Chiwanga were leading an onslaught against government overspending, especially at State Residences. In their words, parliamentarians at the time felt government ministries, departments and agencies were being given the leeway to spend beyond what was allocated.

One of the reasons for overspending at State House was that Kamuzu used to host Mbumba at State Residences. So there, even under his own nose, there was overspending for flimsy issues.

And, as we speak, we hear some people have been siphoning money from the citizenry, saying they will be offered employment in the First Lady Monica Chakwera’s office. We will simply wait if those responsible will be cornered.

One could go at length to talk of Bakili Muluzi who is answering charges of misappropriating about K1.7 billion from international donors when he was President. We cannot remind each other of Joyce Banda who reigned at a time public coffers were depleted like nobody’s business in the Cashgate.

It is clear that the headache occupants of State House faced with their controlling officers over fraud and corruption from the time of Dr Banda are still at their ways. Should Chakwera, then, sit down and relax and wait for the day he will be out of the office and give us that old-evil-behind-my-back line? Certainly not.

MDAs spend beyond means simply by using money for unintended purposes. That happens because fraud and corruption are used. How else can you explain MDAs using money budgeted for development projects for other recurrent transactions? Corrupt minds twist fingers to do that without proper accounting details.

The fact is that rooting out fraud and corruption is no easy task because it is so deeply entrenched. But then our leaders have to demonstrate that the fight against corruption is not just empty talk. They have to sweep their houses first.

Of mob justice and vigilantism 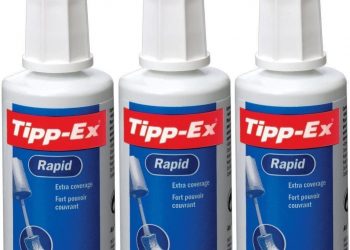