The recent apology tendered by the Ministry of Agriculture, Irrigation and Water Development relating to Tractorgate, though half-hearted and full of lies, is welcome and serves as a good example of what happens when three pillars of democracy—the media, rights watchdogs, courts and Parliament—unite to serve the people and fight corruption and ineptness in the country.

Without the vigilance of the media, and particularly social media, the people’s voice can be easily thwarted, their aspirations shelved, and victory awarded to wrongdoing. If it weren’t for the media, this team and this newspaper column in particular, the tractors that Ngwazi Bingu wa Mutharika bought to ensure that this mighty country had enough locally farmed nutritious food, would have evaporated from Malawi without trace

As the team that uncovered Tractorgate, we feel joyfully angry and disappointed because the apology has been forced out of the hearts and minds of an unholy clique that has always believed in scooping too much soup from the children’s bowl. There is a clique in the public service that has abused public resources and been rewarded for it. Some members of the unholy clique are now principal secretaries, departmental comptrollers and directors after Cashgate and Tractorgate.

With this apology, the case is going towards closure. With this closure, the burden of paying for ‘stolen’ tractors still lies squarely on the shoulders of taxpaying Malawians.

We repeat that the money used to buy the falsely discredited Sonolinka tractors and shellers was a loan to Malawi and we will have to pay back. Even if India wanted to forgive us, the Asian giant cannot because of the statements we have made about their country’s product.

In its half-hearted apology, the Ministry of Agriculture said it recommended the purchase of tractors with archaic technology.   Such a statement is irresponsible and has a bearing on the Sonolinka tractor sales internationally. Sonolinka tractors are used for farming in over 100 countries.

Interestingly, the very people who condemned the tractors as archaic were the first beneficiaries of the disposal. Senior government officers from the ministries of agriculture and fisheries dominate the list of buyers of the condemned archaic technology. The members of Parliament and Cabinet ministers, the very people that should have exercised their unqualified oversight on the issue, are also beneficiaries. Even a rabid crocodile cannot bite with a whole goat in its mouth.

Now, to prevent similar abuses in future, we want the following punitive actions to be taken hic et nunc.

Second, the people who condemned the Sonolinka tractors as archaic but went ahead to buy the same technology  should be prosecuted for perjury, as lying under oath is legally termed, and theft by trick. These people lied about the Sonolinka technology with the express aim of getting the same tractors for, almost, free.

Third, all those who bought the tractors at a fraction of the cost should be made to pay the full cost of the tractors, importation transport, and duty and other taxes. Else, we will mobilise all farmers to come and march to Parliament carrying panga knives, knobkerries, hoes, circles, axes, mphopu, ploughs and ox-carts.

We appreciate that former vice president, Saulos Chilima, has finally come out to condemn the ‘theft’ of the very farm machinery that should have saved our people from back breaking labour. n 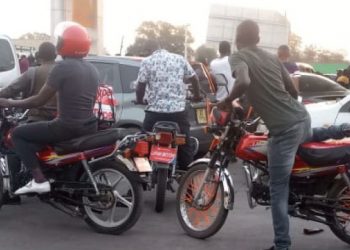