In his presentation at the Economics Association of Malawi Annual Economic Conference in Mangochi on Friday, he said Malawi has limited financial resources, but with prudent manangement of the available resources, Ministry of Finance and Economic Affairs can expand the fiscal space and accomplish a lot.

He said: “With almost everything taxed now, what remains is probably improving resource stewardship since resources are getting wasted at collection, allocation, utilisation and accounting.

“Adequate resources can, thus, be realised or strengthened once wastage is eliminated.”

Ngalande, who also served as Secretary to the Treasury and FDH Bank plc managing director, said resources are not collected based on clear rules that apply to all, adding that departments tasked with revenue collection are losing resources through bad stewardship and lack of accountability.

He said this could be dealt with through enhanced accountability in all collection agencies as well as applying rewards and sanctions accordingly.

Ngalande said priority projects are never included in the approved budget so that they can be funded under extra budgetary allocation.

He also observed that  controlling officers are not held accountable for not adhering to the budget allocation in line with the Public Finance Management Act.

“Resource utilisation is poor in government; most spent on conspicuous consumption, ghost workers and corrupt procurement deals which begs review of how some of these are handled,” he said.

Secretary to the Treasury Macdonald Mafuta Mwale admitted that Malawi has limited fiscal space, which is exacerbated by public debt.

He said such a situation is affecting government operations to some extent.

He said: “Admittedly, there is room for improvement for the government on some of its operations, but certainly, there is also room for widening the tax base.

“We are currently looking at ways to do so, but not at the expense of the already heavily taxed.”

Mafuta Mwale said Treasury plans to enhance automation of the Malawi Revenue Authority (MRA) systems and other government institutions to tap from unaccounted revenue from such institutions.

He implored citizens to play their rightful role in paying for services as is the case in other countries to boost revenue.

In the first half of this year, MRA has beaten the revenue target by K6.68 billion, having collected K748.89 billion against a Treasury target of K742.22 billion, representing a performance of 101 percent.

MRA commissioner general John Biziwick earlier commended the revenue performance in the second quarter, July to September 2022, in which MRA surpassed its quarterly target despite missing the September target. 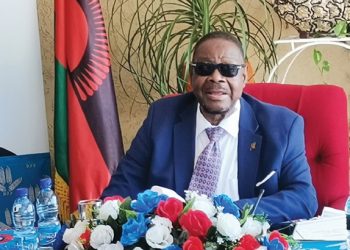