by Nation Online
in Entertainment News, Front Page
3 min read
0
Share on FacebookShare on TwitterShare on WhatsAppShare on LinkedinLinkedinShare via Email

For three days, the beautiful faces of some of the country’s artists will be transformed into bloody and sorry looking sights as part of the ongoing 16 Days of Activism against Gender-based Violence (GBV).

The group of artists has been roped in to champion a campaign to create a vivid picture of the struggles that survivors of the vice face every time they have such encounters. The initiative is being coordinated by Plan Malawi International and National Youth Council of Malawi.

Among the notable faces that are part of this year’s campaign are songstress Leslie Moyo, musician Acee Jeezy, television personality Lunar Mpinganjira, socialite Dorothy ‘Cash Madam’ Shonga, photographer Keith Kamanga and proprietor of Zeeya Creations and many others.

Since Monday, the celebrities have been holding exhibitions at strategic spots in Lilongwe to send the message against GBV home.

Make-up artist Razia Akimu of the Beauty By Raz fame has been tasked with the responsibility to create and design the special effects on the models to help amplify the message against domestic GBV.

“These effects create a visual representation of various forms of violence that take place in our communities and, as such, these effects can arouse emotions such as shock, remorse and shame in the minds of the perpetrators,” she said.

Akimu said a change of mindset is crucial in the fight against GBV because people are able to relate to the experiences they have gone through or what they are going through when they see the image with such effects.

One of the participants of the campaign, social media influencer Cash Madam said GBV has left no space which is free from it as it is taking place in homes, schools, work and business spaces.

She said: “It has been a humbling experience since I have had to step into the shoes of millions of victims. You hear stories about having scars and blood on their bodies. This experience has given me a chance to share the pain of all survivors around the world.”

Shonga said it is important that the campaign has included components that are addressing the issues from perspectives of both sexes. She said she hopes using their influence, Malawians will react positively to the messages.

Plan Malawi International communications and campaigns manager Rogers Siula said they believe the impact and attention the campaign will create will go a long way in reminding everyone that GBV is evil and a human right violation that needs to be dealt with.

“Art is a powerful element in as far as shaping narratives is concerned and that is why we have converged various forms of art. This is with a view of coming up with a different dimension of a narrative which has a visual rhetoric because what people see, people believe,” he said.

Every year, from November 25, the world commemorates 16 Days of Activism against Gender-Based Violence. This year, Malawi is commemorating the 30th edition. 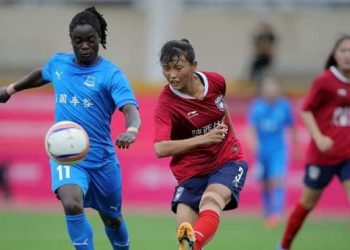