In 2019, a Blantyre-based man won K109 million after placing a bet on about 15 football matches with a K150 stake. He became the highest winner since sports betting was legalised in the country in 2018.

In a blink of an eye, the Soche Eastresident became a multi-millionaire and his story spread on social media platforms.

The lure of becoming instant millionaires has ever since an increase on the number of people involved in sports betting.

Malawi has about 2.5 million sports betting gamblers, according to www.bookmakers.com, a site dedicated to offering betting information across the world.

Gambling is mainly done through designated kiosks and shops where people place their bets online using computers and mobile gadgets.

But why is betting an in-thing in Malawi? According to Multidimensional Poverty Index (MPI) Report, 61.7 percent of Malawi’s population are multi-dimensionally poor.

The intensity of poverty is 54.6 percent, meaning that nationally poor people experience more than half of the weighted deprivations.

But even those that are employed have taken up betting to supplement their income.

Betting to them presents an opportunity to get rich after spending so little.

Last month, the Premier Bet which dominates the market with 319 betting outlets comprising 250 agents, 65 shops and four franchises across the country, splashed K400 million to five lucky winners who placed their stakes in the newly-introduced Aviator game.

Wanangwa Nkorongo of Mzuzu says he has been jobless for several years despite scoring well in his certificate.

“I can’t get a job with my MSCE. I can’t do business. I am not good at that. But I am good at sports, especially football. I follow football so much that betting came naturally.”

Chirimba-based Maxwell Kampango says betting has been his source of income since 2018.

“We all can’t get employed and we all can’t be business persons. Some of us rely on betting for a living,” he says.

Ndirande-based Stanfold Chembe says he does not feel complete to sleep without a bet slip.

“Every day, I make sure that I have placed bets with a maximum of 10 tickets at K150 stake each ticket.

“On a good day, I make K50 000 from two or three tickets. On a bad day I even lose all the tickets. But it doesn’t occur frequently,” he explains.

However, not all those involved in betting do so responsibly and irresponsible gambling comes with addiction.

Malawi Gaming Board, the body responsible for regulating betting in the country, in March revealed that seven people were put into rehabilitation at St John Hospital.

Fourteen others were banned from gambling as they were doing self-therapy.

The board, on its website www.malawigamingboard advises that gambling should be for leisure and entertainment and not a source of income.

During a media training in Blantyre, the board’s licensing manager Miriam Kumbuyo told journalists that taking betting as a source of income is the biggest challenge.

“Most Malawians perceive betting or gaming as a source of income , thus they tend to be addicted to the practice which is contrary to what the board advocates for,” she said.

Despite the consequences of irresponsible betting taking a toll on Malawi society, the gambling industry has also helped raise revenue for government.

According to a 2018 Malawi Gaming Board Annual Report, the industry contributed about K5.70 billion to the economy.

Following the huge profits from betting, government in the 2020/2021 fiscal year introduced a 20 percent withholding tax on winnings from sports betting. 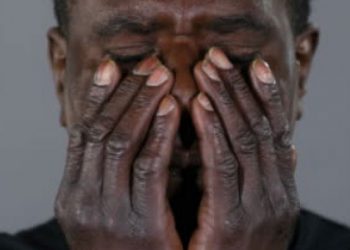