No Result
View All Result
Home Columns From Where I Stand

‘But what was she wearing?’

The myth that victims of sexual assault are to blame for somehow provoking their attackers  seems to persist. In a recent radio interview about the arrest of a man suspected of sexually assaulting an underage girl, the discussion turned to how girls these days dress scantily, which could tempt men to rape them.

It was even mentioned that some girls ‘don’t look their age’, as if to mean that forced sexual relations are OK for girls of appropriate age. It just shows how much of an information gap we have to deal with as a society in as far as the respect for women’s bodies and safeguarding the rights of girls is concerned.

The comment made during the radio interview left me furious, especially coming at a time when we have just emerged from the 16 Days of Activism Against Gender-Based Violence, where these issues formed a major part of the agenda. It called to mind the long-standing rhetoric of victim-blaming.

These days, when one hears a case of sexual assault, they are likely to hear that the survivor was interrogated for wearing the wrong outfit.

“But what was she wearing to tempt the man to rape her?” is usually the question. When that fails then it moves on to: “What was she doing there at such a time?”

Apparently, there are certain places that only men are entitled to be in, even though sexual assaults have been known to occur in a church settings, at school, in the workplace or even within the household where close family members abuse their trust to attack vulnerable girls.

In social settings, the victim-blamers will also suggest that the survivor is to blame for sending confusing signals about their intentions to the abuser. All this is done to say the victim brought it on herself.

That assertion speaks to the deeply-ingrained patriarchal mindset that allows men to get away with such atrocious behaviour at the expense of women and girls’ freedom.

As a woman, it leaves you with a sense of helplessness. Despite years of raising awareness and activism against rape and other forms of gender-based violence, it is frustrating to realise that we have not made much progress.

You always get a pocket of society that does not fully understand issues of sexual assault. Many widely assume, without any supporting evidence—that the way a woman dresses is likely to lead to rape or sexual assault. One study found that 54 percent of women, to some extent, blame rape victims for their assault, due to victims dancing in a ‘sexy’ manner, flirting, or wearing revealing attire.

Such a mindset is as ignorant as it is dangerous. Dialogue that questions a victim’s role in their rape or defilement creates an environment in which survivors cannot report sexual violence crimes because they feel, and rightly so, that it is not safe to do so.

Yet we know that people have been raped wearing a variety of clothing. The idea that a woman who goes out scantily clad is attracting sex predators is the most common myth across generations. And, therefore, victims are often blamed and asked what they could have done to prevent it. It is as old as time.

Christians will know that even in the Bible, the first thing Adam said to God was, ‘the woman you gave me, tempted me’. Men always want to blame the woman. But this mindset is counterproductive.

It makes victims too ashamed to come forward, because they will doubt if anyone will understand their suffering, let alone believe their account. No wonder then, that sexual violence is one of the most underreported crimes, with some studies indicating that over 80 percent of incidents go unreported.

It is because by shifting the blame to the survivor, our culture has allowed the abusers to perpetuate sexual violence knowing that they will likely not be held accountable for their actions.

Although this socially-constructed belief continues to exist in our society, scientific evidence shows that it is nothing but a fallacy. In the International Journal of Women’s Studies, a psychologist investigated whether women’s revealing clothing incited sexual assault. She found that there was no relationship between wearing a sexy dress and actual violence.

Therefore, the belief that a girl’s dressing should be taken as signal for the opposite sex to assault persists only because society and culture have allowed it to. Research has further shown that even highly-educated people believe women’s dress puts them at higher risk for sexual violence, and studies also show women’s dress will be used to blame victims for any violence that occurs to them.

I have personally been shocked to hear learned people advancing this type of thinking in various dialogues related to gender issues. To the contrary, research suggests that abusers look for signs of passiveness and submissiveness, which, studies suggest, are more likely to coincide with more body-concealing clothing. So, again, a woman’s choice of dress has nothing to do with it.

We, therefore, need to stop pretending that women are to blame for rape due to the way they dress. The truth is, it is the patriarchal culture that excuses male abusers and blames victims which is to blame. It is not about the miniskirt, the skinny jeans and the confusing signals. If that were the case, then we would not have been hearing of cases where infant babies or elderly women are sexually assaulted. It is simply about gender norms and inappropriate behaviour that has been systematically excused. And yes, it is about violence against women and control of women’s bodies. That is probably why most cases of sexual violence occur in the home with people that the survivors know.

Therefore, instead of telling women how to dress,  start telling men to know their boundaries, respect women’s bodies and not to rape them. Instead of excusing perpetrators of sexual violence and putting women on the chopping board, start engaging men and boys in dialogue that fights to change the status quo and not perpetuate the problem.

As we end the year, regard women’s status… 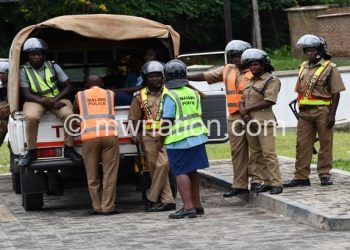 When police abuse their authority 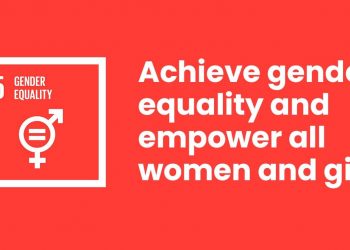