Conundrum of nutrition, culture and politics in Malawi

by Tamani Nkhono-Mvula
in Editors Pick, Weekend Investigate
8 min read
0
Share on FacebookShare on TwitterShare on WhatsAppShare on LinkedinLinkedinShare via Email

October 30 is commemorated as the Africa Day for Food and Nutrition Security. Apart from the fact that this day is about the topic and issues that I am so passionate about, it is also a day that was declared and set aside by my compatriot, former president Bingu Wa Mutharika when he was the chairperson of the African Union (AU).

Bingu was determined to eliminate hunger not only in Malawi but also the whole continent of Africa. He declared in his acceptance speech as the Chairperson of the AU that “….Five years from now (2010) no African child should die of hunger and malnutrition, no African child should go to bed hungry….” This did not only end in speeches and political podium rhetoric but he went ahead against all odds to start the ambitious Farm Input Subsidy Programme (Fisp) despite the fierce criticisms and opposition he received for such an idea. To this day, his vision of a hunger-free Africa lives on and the day is commemorated in most Africa countries.

However, what I have observed over the years is that though the emphasis of the day is for both food and nutrition security, the significance of investments into nutrition have not been taken seriously and the little effort that was there at the beginning seems to be fading away.

The subsidy programme that Bingu started, desired to balance up between food security and nutrition security by promoting not only the production of maize for food security but also legumes.

However, the subsequent subsidy programmes seem to have lost the drive of promoting good nutrition by removing the leguminous crops as part of the subsidy. Legumes were added to the subsidy solely as a way of mainstreaming nutrition security into the Fisp.

What I have further observed is that failing to promote good nutrition in the national budgetary allocations and the mainstreaming of nutrition in development programmes has generally been as a result of our culture and politics that do not appreciate the huge impact of malnutrition on the economy.

There also seems to be little understanding of what malnutrition is all about among our decision-makers and as a result it is only the sickly, dirty and emaciated children that are presented as the symbol of malnutrition, anything short of that is regarded as normal.

I recall one Finance Minister when he was challenged about increasing funding to nutrition to avoid stunting and also presented to him the huge economic impact that stunting has on this nation, he laughed it off.

He then stood up to show us how short but knowledgeable he is and he even played down the whole issue by giving an example of people from East Asia who are relatively short but among the brightest in this world.

If this is the kind of reasoning among our celebrated decision-makers then the future of this nation is doomed. How can you start to explain this very important topic to this kind of leaders for them to understand that reduced productivity, creativity and overall mediocre performance among the majority of Malawian is greatly as a result of the kind of nutrition they had in their childhood especially the first 1 000 days of their life?

A recent World Bank, Malawi Economic Monitor report indicated that Malawi loses about $579 million annually in lost productivity as a result of stuntedness and related health costs. Stunting does not only affect your height but also your cognitive development and stunted people are likely going to end up as poor people in later life.

Human Capital Index indicates that an average child born in Malawi will perform at about 40 percent of their full potential in adulthood of which nutrition is one of the contributing factors.

Our culture as Malawians influences our food choices and how food is prepared. We eat nsima in Malawi as part of our culture and it is in our minds that nsima with polished maize flour means high prestige while mgaiwa or nsima from millet or sorghum is associated with poverty regardless of the nutritive value of mgaiwa and millet flour.

Our undiversified diets are not as a result of poverty but culture. We tend to glorify the kinds of foods that do not add value to our health. Additionally some communities are still engrossed in briefs and myths that a malnourished child is as a result of ‘tsempho’ that the father is promiscuous.

There are still some cultures in Malawi that deny pregnant and lactating women and children some nutritious foods when this is the most important period in as far as good nutrition for life time performance is concerned.

It seems that nutrition security remains a huge conundrum for most of our politicians and decision makers to crack. Very few understand that investments into nutrition today is investment into the future generations because the stunted children of today are more likely going to bear stunted children and the cycle goes on.

This takes me to my next point that investment into the future is as important as investment for the now. However, this does not make sense in a country like Malawi.

What mostly concerns our politicians is how to win the next general elections and not the kind of investments that will make Malawi competitive in the next 20 or 30 years. This is why nutrition security as opposed to food security, is not a political issue, it is not high on the political agenda.

As a country we really need to rethink and rearrange our investments into nutrition. Whether it is nutrition specific or nutrition sensitive investments but at the current rate of investments, we are really not doing fine.

Today, I am nostalgic and I fail to appreciate why we phased out (probably failing to implement) other important initiatives like having Farm Home Assistants at the Extension Planning Area to promote ‘Mkomya wa Pabanja’ as in the days of old. Structurally at the national level, I fail to appreciate why the Department of Nutrition and HIV and Aids (DNHA) was removed from the Office of President and Cabinet (OPC) to the Ministry of Health.

Malawi was once hailed for its high political will and consideration for nutrition at the highest level in the country under the SUN programme. One of the indicators for such a commitment was the presence of the DNHA in the OPC. Nutrition is more than a health issue both in terms of outcomes and impact and as a country we need to invest more in preventive nutrition. This will not only save resources on nutrition-related ailments but also guaranteed a life-long productive population.

The Ministry of Education should mainstream nutrition in curriculums at all levels, the Ministry Trade should ensure nutrient fortification is done on all necessary food products. Ultimately, let the Office of the Vice-President coordinate all these and the President or the Vice-President should be the champion of good nutrition. Additionally let the Food and Nutrition Bill be fast-tracked and let our politicians and decision makers be made aware of the seriousness of good nutrition to the development of this country now and for the generations to come. 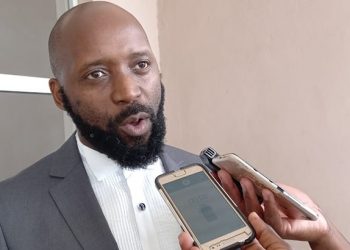