Get rid of blue camp tactics in alliance

You might have heard already that Karonga has become the new political battle front that has brought the best and the worst in some political entities.

In short, the resolve of the Monse Alliance was tested to the core during by-election campaign for Karonga Central.

The alliance partners for once proved that it is not always the case that in politics you would have true friends who can grow separately without growing apart as Elisabeth Foley would propagate.

It was interesting to watch individual parties selling themselves silly to constituents as a most suitable entity under whose flag a parliamentary candidate would represent the wishes of the people in Parliament.

Mapuya’s PDP made Nyedef a weapon for consolidating parochial and segregative policies it had embraced that only benefited its members and sympathisers. But here we were in Karonga, glorifying the excesses of a failed regime!

You remember very well that PDP created an impression that Nyedef was for its members only and all those who wanted to benefit from the programme had to become blue first.

How such taxpayers’ money was abused by cadets and all in the blue camp is well-documented.

In fact, during presidential election campaign, the Monse Alliance rode on the promise of clearing the rubble of inefficiency and corruption that was sponsored by Mapuya and his PDP.

But from last week’s remarks of that cockerel official we can only refer here as the one who scratched-the-live-wire and his movement’s Crying-Light counterpart, we deduced that sentiments that Monse Alliance would ensure that the national cake is shared fairly were not sincere.

How else would these two officials stand on the podium to claim they would be responsible for distributing loan forms to would-be beneficiaries as if they were fund administrators or Nyedef officials?

Unless the Monse Alliance comes forward to disown the two that they are still vestiges of PDP politics and don’t know any other smart way to woo people, we will not believe that they had no backing of their parties and were just being overzealous.

My Lord, the fact that they are so many relics of the deposed regime who don’t know a smarter way of doing politics is an antithesis to the Monse Alliance’s quest to bring remarkable change.

My Lord, I think an area that the alliance would do well is to orient their members that they can’t be using the PDP standard to run this country. That PDP script is stale and should be discarded.

My Lord, I have to stop here because I have to read the budget statement to see whether we have not been fed dog meat.

My wife sleeps too much 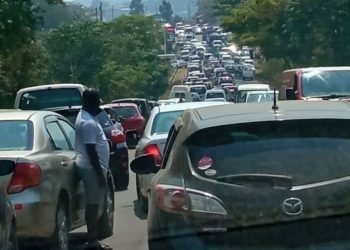 Nyasas should find solutions to their challenges