Lilongwe-based Blue Eagles have fired a warning shot at Nyasa Big Bullets ahead of Saturday’s TNM Super League top of the table clash between the two sides, saying it is high time the league leaders tasted defeat.

Unbeaten Bullets lead the table with 57 points from 23 matches while the Malawi Police Service outfit is second with 49 points from the same number of games.

The two sides clash at the Kamuzu Stadium on Saturday and Blue Eagles chairperson Alexander Ngwala said time had come for Bullets to taste defeat.

He said: “We look forward to have a grand day to hand in a first defeat to Bullets.

“They can’t run the whole season without a loss whatever means and ways they are using. Whether original or dubious, it will come to an end on Saturday.”

The first round encounter between the two sides ended 1-1 at Nankhaka Stadium in Lilongwe in a match Bullets came from behind to equalise from the spot kick.

Ngwala said Bullets were lucky to escape with a draw.

He said: “The competition has reached the brim stage. We are aware that the opponent is well geared to frustrate our pace.

“Fortunately, our planning isn’t a common one. We are prepared to die for a win at Kamuzu Stadium. We tormented them at Nankhaka in the first round.”

He said: “It is their wishful thinking to say that Bullets will suffer their first defeat of the season. Far from it! We will shine as never before.

“We know that stakes are high going into this top of the table game. To say that Blue Eagles will spoil our party is just a fallacy. Managing pressure in big matches is our menu.”

Ironically, Bullets Reserves beat Eagles 2-1 to knock them out of the FDH Bank Cup quarter-finals at Kamuzu Stadium.

And Chigoga said it would be foolhardy for Eagles to think of ending Bullets’ unbeaten record after failing to beat their reserves.

He said: “Our youngsters were simply preparing a way for huge defeat their seniors will inflict on Eagles.”

The Malawi Police Service side are smarting from a 1-0 loss to Ekwendeni Hammers while Bullets were held 2-2 by Silver Strikers last Sunday.

A win for Eagles will see them  reduce the gap between the two sides to five points while a win for Bullets will widen the gap to 11 points.

Soccer analyst Charles Nyirenda said both teams are under pressure since the result of the match might as well decide the championship.

He said: “May be a draw can alter things. But a loss for Eagles will make it difficult for them to ever catch up with Bullets.”

Bullets on the other hand, are chasing their 16th title.

Elusive IMF deal, the folly of putting all eggs in one basket 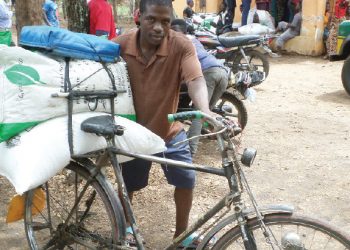