If he doesn’t want, he won’t stop cheating

So this woman, desperate to save her ailing marriage, decided to speak to another who had just recruited a maid. Her concern was that her new maid was ‘young’ and she should opt for an older version to deter her husband from developing feelings for the maid. The woman, wife to a guard, apparently has had enough of hubby’s roving eye. She explained that not long ago, the husband had an affair with another maid near where he guards. The mother of four complained that her husband seemingly wanted to end their marriage for this maid and she feared losing him. Fast forward to two months, the man was at it again— charming a new maid nearby and the wife had advice for the employer. Fire the new maid to keep hubby’s zip up.

I felt for the poor woman when I heard the story. She believes an older maid will keep husband dearest on the leash and in the marriage. This is the mistake many women make.

We waste time looking for scapegoats as to why our husbands or boyfriends are cheating. We get so engrossed that we completely lose focus and blame the other woman. Do we ever consider the fact that we are the ones driving these men away?

For how long will we point the finger at woman one, two, three all the way up and believe we are perfect except for these other women? If indeed it was woman A, why did your man proceed to B, C, D and so forth? Clearly, this man is unstable and nobody seems satisfactory. They look, find and look some more. Meanwhile, we get busy creating hatred and opt for unprecedented means of dealing with his promiscuity by trying to run other people households, fighting competition or chasing him around.

Woman, that will not work. No amount of policing will keep him on a leash. You need to accept the situation and decide to stay or go. Otherwise, you will be everyone’s enemy.

I do not condone cheating. But man, if you have reasons to cheat on your wife or girlfriend, perhaps the communication aspect of the relationship is dead or never existed. There should be reason you are straying. Anger has a way of breeding running statements just like alcohol does. There are utterances we speak such as susamba, you are dirty, you are not fun anymore, you are always busy with your children or relatives and don’t pay attention to me, you are distant, etc. Are you sure you are the only one feeling these? Are these good enough reasons to cheat? You really believe the woman has not experienced the downside of the relationship? Has she opted to cheat? Can we not talk about these things amicably?

Imagine if the woman, too, opted to cheat. Would you, the man simply accept it and move on with her in harmony? Is it easier to cheat than it is to communicate?

Stop the blame game and deal with your issues without antagonising others. If a relationship becomes an ongoing investigation, it ain’t worth it.

Asking for a friend: Why can’t short men find side chicks? 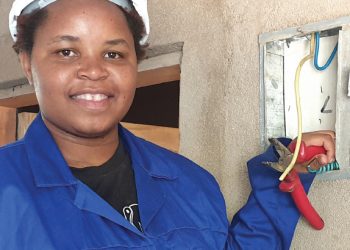