Kamuzu International Airport’s status as the country’s most modern and biggest airport received a serious dampener on Friday when shocked passengers inside the airport building had to wade through inches of rain water.

The development occurred at about 1:20pm after heavy rain, accompanied by an hour-long windstorm, saw the roof of the airport building to leak like sieve. 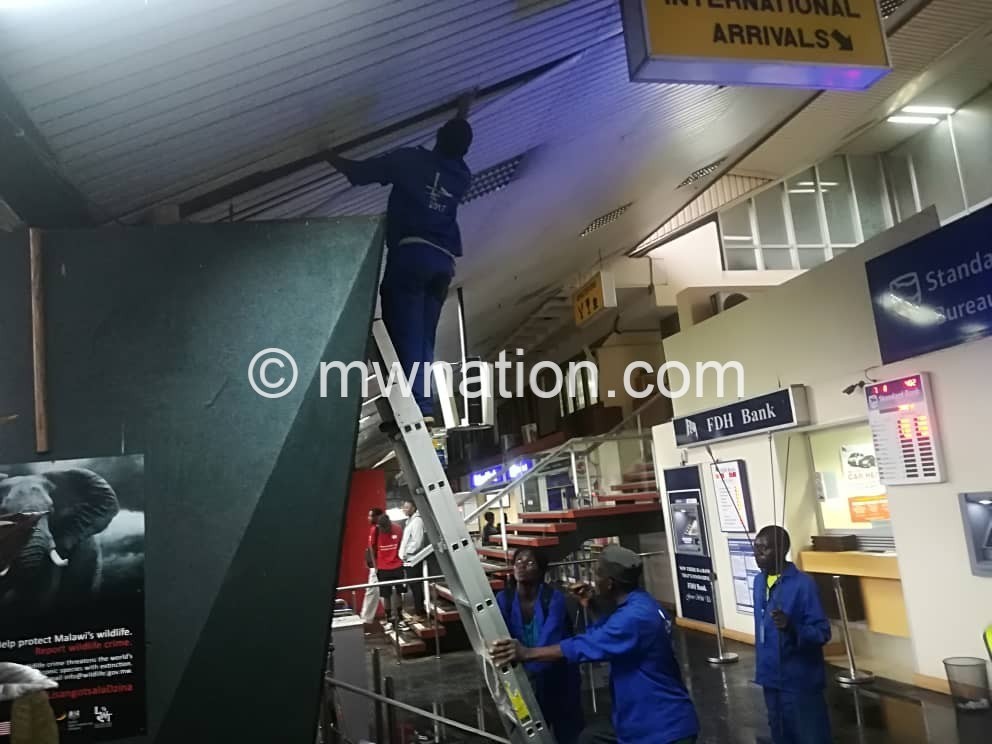 An eye-witness, who also works at the airport, said at the time passengers headed for South African were boarding, while others travelling to Kenya and Ethiopia were checking in.

Most of the passengers were forced to wade through the swirling water in order to effect check-in and departure procedures needed to enable them catch their flights.

Although they were clearly the most inconvenienced, some passengers’ children –whose shoes and legs were much deeper in the water– could be seen ‘innocently’ smiling cheekily at their apparently seething and head-shaking parents and guardians.

Some workers in the airport offices, including people who turned out to escort the passengers, climbed stairs to the upper storey and  watched the unprecedented drama of a runaway deluge from drier ground. 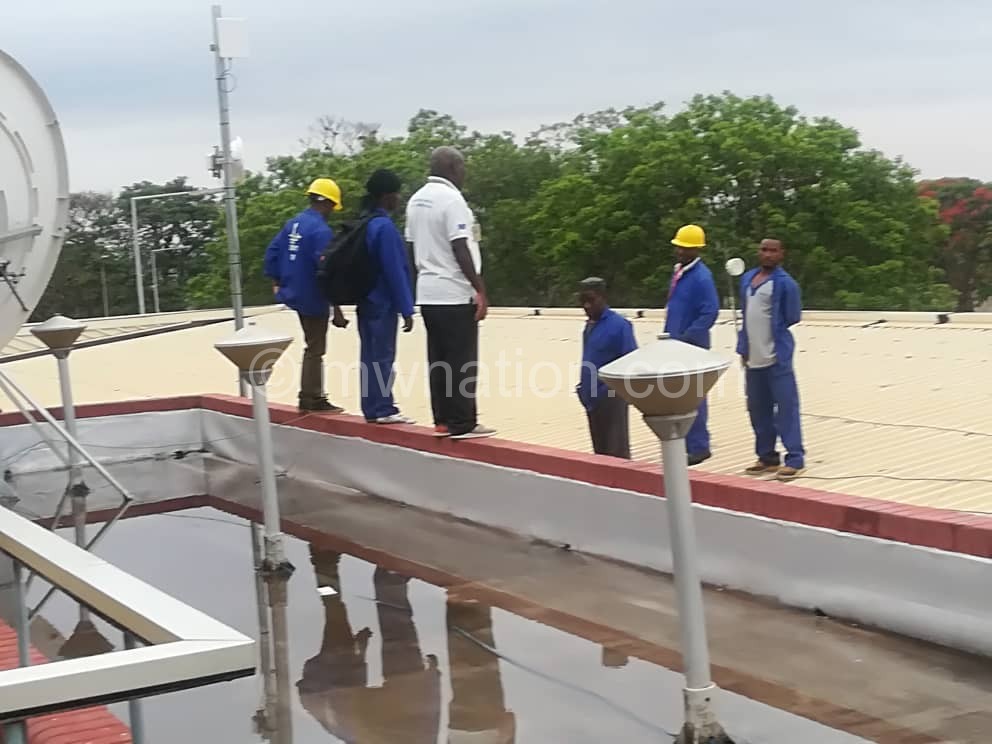 “I never thought a reputable international airport like this one could be brought on its knees like this. And I wonder what first-time visitors to Malawi could be thinking about our structures,” a worried-looking Malawian onlooker commented.

Another witness, who also works at the airport, said this is the first time he has seen the otherwise majestic-looking airport so vulnerable.

“My suspicion is that the many satellite and other dish installments on the airport building’s roof has caused holes and made the unplanned rain water routes. I think the best way to handle the situation is to effect extensive repairs in the entire building,” he added.

It took airport staff nearly an hour to scoop out the rainwater and mop the affected areas in the building dry.