The Malawi Law Society (MLS) has hailed Justice of Appeal Edward Twea for leaving behind a “remarkable legacy as one of the most selfless legal minds”.

He has retired from the Judiciary after 40 years, leading the way for three more Court of Appeal judges set to exit this year.

“His writings as a judge remain among the most thoughtful and enduring legal literature. He has served as a State Advocate and in different capacities whilst in the Judiciary.

“His combined 24 years as a High Court judge and later a Supreme Court of Appeal judge is a record that cannot go unnoticed. We appreciate his service and wish him all the best as he retires,” said Ngunde in a response to a questionnaire.

On her part, High Court and Supreme Court of Appeal registrar Gladys Gondwe confirmed Twea’s retirement, revealing that he handed in his robes on Friday.

“Justice Twea has indeed retired. His last day in office was Friday. He has been a judge of high calibre. He was hard-working and principled. His valuable contribution to the Judiciary will always be celebrated,” she said in an interview.

Gondwe also confirmed that Justice Dunstan Mwaungulu is lined up for retirement in June, Justice Anaclet Chipeta in July and Chief Justice Andrew Nyirenda in December.

“Of course, the Chief Justice has some leave days which he can opt to forfeit or use. That is optional. In our books, his retirement is scheduled for this December,” she said.

Twea was part of the Supreme Court panel which last year upheld the Constitutional Court’s annulment of the 2019 presidential election, which saw President Peter Mutharika narrowly re-elected. The courts found that there had been widespread irregularities and ordered a fresh election, which Chakwera won.

Weeks after upholding the ruling, Mutharika sent Twea and the Chief Justice on leave pending retirement, arguing that they have accumulated a lot of leave days. This drew condemnation from local and international legal and civil rights communities.

Last month, the High Court ordered Mutharika and former Chief Secretary to the Government Lloyd Muhara to pay K69.5 million as legal costs incurred through legal challenges the Human Rights Defenders Coalition, MLS and Association of Magistrates in Malawi mounted to stop the ouster of the two justices. 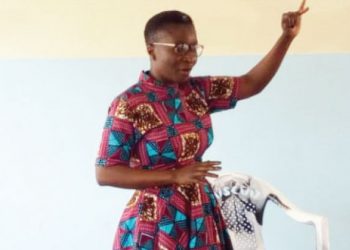 Jhpiego urges men to get circumcised