The Malawi Oscars selection committee has registered with the Academy of Motion Picture Arts and Sciences for a Malawian film to participate in the popular Academy Awards.

The committee has extended a call to Malawian filmmakers to submit their films for consideration. The committee will be responsible for selecting one film to participate in the International Feature Film category for the 93rd annual Academy Awards (Oscars) to take place in 2021.

An International Feature Film is defined as a feature-length motion picture (over 40 minutes long) produced outside the United States of America with a predominantly non-English dialogue track. Animated and documentary feature films are also permitted.

According to a press release issued by the committee, the films to be considered for selection should meet a number of criteria such as productions whose recording of the original dialogue track as well as the completed picture must predominantly be in a language or languages other than English.

It states: “The film must be first released in Malawi no earlier than October 1 2019, and no later than December 31 2020, and be first publicly exhibited for at least seven consecutive days in a commercial motion picture theatre for the profit of the producer and exhibitor.”

The committee says the closing date for submissions is November 2 at 4pm.

The committee’s chairperson Charles Shemu-Joyah, himself an ward-winning film producer, said when they started the initiative last year, they did not get any response from the local filmmakers but this year they have been talking to several filmmakers who are eager to give it a try.

He said given how huge the platform is and the stiffness of the competition, Malawian filmmakers should not participate with a mentality to win but to earn recognition as a filmmaking country.

“It is like participating in the Olympics where participation is more important than winning the medal. The desire is to put Malawi on the map as a filmmaking country. We cannot sit silently in our landlocked country and pray to God to do it for us. We need to do it on our own,” said Joyah.

He said he is convinced that the Malawian film industry has the potential to produce a film that can make it beyond the preliminary stage of the competition. 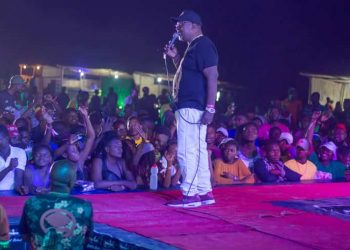