by Nation Online
in Editor's Note, National News
3 min read
0
Share on FacebookShare on TwitterShare on WhatsAppShare on LinkedinLinkedinShare via Email

Government has budgeted K60 billion for construction of members of Parliament (MPs) houses despite the project, which President Lazarus Chakwera unveiled two years ago, generating widespread opposition, it has emerged.

The budget has been outlined in the 2022 Public Sector Investment Programme (Psip), a budgetary document that outlines all planned development projects.

At that amount, it means each house will cost taxpayers around K311 million, which is five times more than the cost of a modern three-bedroom self-contained town house which, on average, costs K60 million in Lilongwe, as per Nation on Sunday research.

“The project will construct houses and offices for parliamentarians in all the 193 constituencies. The houses will be occupied by the incumbent member of Parliament at the respective constituencies,” reads the Psip.

The Ministry of Finance has not outlined how it will fund the construction of the houses which have been categorised under pipeline project and was projected to start in January, 2022, according to the document.

“Pipeline Projects are projects that have been appraised and approved through the Psip process but have not secured funding,” the document says.

Meanwhile, government has also allocated K1.7 billion in Psip towards construction of houses for the Speaker of the National Assembly, two deputies and the leader of opposition.

Asked when the project is expected to roll out, Minister of Lands Sam Kawale said there was no timeline yet.  He asked for time to do some research when we asked for justification for the budget.

Meanwhile, the Human Rights Defenders Coalition (HRDC) has asked government to shelve the plans, saying the economy is not fit to carry that load.

“With the ailing economy and many challenges facing several sectors including health, government should suspend the programme and channel the resources to other critical areas to uplift the lives of poor Malawians.

“This is the time the Malawi Government should invest in programmes that can turn around the economy,” said HRDC national chairperson Gift Trapence.

Associate Professor of Economics at the Malawi University of Business and Applied Sciences Betchani Tchereni  said the project does not make economic sense.

He said he would have preferred that the houses be constructed in Lilongwe where there is Parliament and MPs operate from.

He said: “Where more resources are actually squandered is where the MPs have moved to Lilongwe for a house and committee meetings. We would have rather setup a Parliament village in Lilongwe then in that way we can save a lot of resources.

“The Parliamentarians’ role is to make laws and they do that in Lilongwe and not in their constituencies where they spend less time.”

In his State of the Nation address (Sona) in September 2020, President Chakwera announced the plans to construct the MPs houses.

However, after persistent opposition to justify it, government said it would save the country billions being paid for legislators as housing allowances.

Responding to the Sona then, United Democratic Front (UDF) leader in Parliament Ned Poya has advised the Tonse Alliance administration to prioritise construction of houses for teachers, health workers and security agents rather than MPs houses. 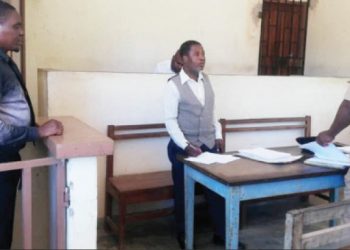 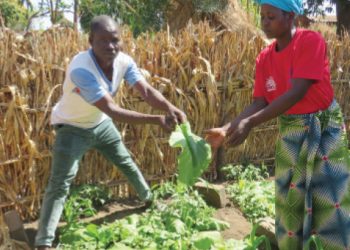