It has emerged that diarrhoea cases reported at Tukombo in Nkhata Bay District that have led to eight deaths are a result of a cholera outbreak.

Initially, the Mzuzu Central Hospital laboratory reported at the weekend that the cases were caused by a bacterial infection known as E.coli 0157 after analysing some samples taken from the area in the past two weeks.

He said: “I would like to communicate that it is now confirmed that it is cholera. This confirmation is from the four samples we took on Monday. So, we have a cholera outbreak.”

He also confirmed that the death toll is now at eight.

Said Singini: “The disease is spreading very rapidly. It has now reached Chintheche where we also have a case. We have since set up camp there as well.”

Minister of Health Khumbize Chiponda said Nkhata Bay is the eleventh district to be hit by cholera in the last two months.

She said the ministry has since put in place various measures to contain the outbreak, including treatment of new cases, provision of chlorine to treat drinking water and rolling out campaigns to raise awareness of preventive measures.

Chiponda said: “We have been hit by cholera for the past two months since the cyclone. However, we are managing it through the provision of drugs for management of cases and on top of that, we are giving communities chlorine for treatment of drinking water.

“The most important thing is to engage communities on personal hygiene and sanitation because cholera is preventable as long as we address these issues.”

Statistics from the ministry released on Tuesday show a total of 1 073 people have cumulatively been affected by the disease since its outbreak. At least 44 people have died.

Judge refuses to step aside   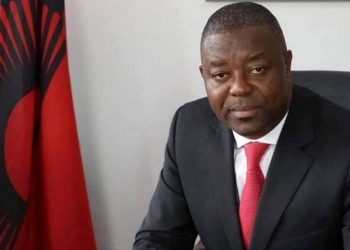