No Result
View All Result
Home Entertainment Notes From The Gutter

There is a ring of callous and unrepentant criminals, said to operate from prison, tricking phone users into dangerous financial transactions.

With their long haul, without being completely stopped in their tracks either by security officials or phone service operators, it gives an impression the delinquents are too clever for our authorities, and that is in itself a worrying opinion to carry to bed every night.

People keep getting funny calls and text messages on their phones telling them they have won in competitions they never even participated in.

People receive fake money transfers into their accounts and the senders tend to push for a reversal, which, when effected, those making them actually send own money for transactions that never happened!

The trend is growing by day.

The ‘inmates’ use their own ‘creative’ ways to get names of those they are to approach. One of them is utility caller identity applications such as ‘true caller.’

They can then turn to social media such as Facebook with the names to know more about the people they are to trick.

When they call their victims, they do so armed with information good enough to trick their victims. It enables the thieves to approach their hunt with familiarity there never was:

‘Mwandiyiwala ineyo a Herbert? Mwandiiwala pa Kanjedza Pulaimale paja inu? [Herbert, are you sure you have forgotten me? Don’t you remember me from our Kanjedza Primary School days]’ I once got such a call and I successfully ignored the caller.

Mind how much detail you give out on social media!

It sounds silly to imagine one can get lured to such poorly baited hooks. But make no mistake, many people are falling victims to such plots and the rip-off has risen to worrying proportions.

The latest victim is my maid.

She gets a call from a person she does not know, but the fact that she is calling her by name strengthens the plot. The caller, a sweet talker of a man, claims he knows her through somebody else.

He asks her to withdraw some money on his behalf, keep some while she sends the rest to him through a relative who would come and collect.

Given her naïvety, she falls on her knees to thank heaven that manna is all come back.

The lady rushes to a mobile money outlet and promptly updates the caller on the agent’s Identity Number plastered on the agent’s stall. A minute later, the operator’s phone gets a receipt notification.

But the sum of the ‘amount received’ plus the balance in the operator’s account do not tally.

The operator soon realises the message is fake, just a normal SMS from a mere number. Hell breaks loose for the lady. The operator has ever fallen victim to such schemes before. He pounds the lady without restraint.

If it were not for people identifying the lady and alerting her employer, she would have lost more than blood.

She is now recovering from the beating. She learnt the hard way. But someone someday may be beaten to death.

I smell a ticking bomb.

This scheme has been there for too long. How do the prisoners get access to phones or airtime?

I thought there is ‘thorough check’ before one buys a SIM card and our details are collected in abundance? Are phone service providers doing enough to trace culprits and help with police investigations?

Can the operators not do more to educate their subscribers about these schemes?

What are prison authorities doing about this?

As a society, are we waiting for the worst, until some naïve soul is beaten to death in these days of mob justice? 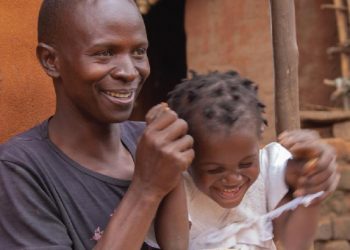 When Chitsulo’s joke came to life