For the past three months, and counting, Malawian motorists have been subjected to erratic availability of fuel, notably diesel and petrol, a development that has left motorists queuing for hours on end at service stations.

Initially, it started as pockets of shortage, which authorities dismissed as logistical glitches in the distribution chain. But now, the shortages have turned into a full-blown crisis that is taking the already battered economy from the intensive care unit to the morgue, ready for burial as people spend productive hours on queues.

The other time it was diesel in short supply while petrol was readily available. This time around, petrol is the scarce commodity.

Malawi Energy Regulatory Authority (Mera) should be commended for taking the initiative to provide fuel delivery schedule updates to consumers. The schedule may not be 100 percent correct, but it is helping consumers to plan on where to queue for the commodities.

I understand Mera works out the schedule based on information it sources from oil marketing companies (OMCs) based on available volumes and industry level agreements which include payments for the commodities by service station owners. The OMCs include TotalEnergies Marketing Limited, Puma Energy (Malawi) Limited, Meru Petroleum, Petroda (Malawi) Limited, Vivo Energy Malawi trading as Engen, Energem and SimsOil.

On the other hand, I feel the OMCs should be embarrassed that it had to take the regulator to be compiling and sharing the schedule. To me it reflects lack of organisation among the OMCs. Ideally, they should have an association through which they could share the information and compile the schedule on their own, instead of burdening the regulator.

In fact, they can learn from Electricity Supply Corporation of Malawi (Escom) and even Electricity Generation Company who do not bother the same regulator when communicating with the public. For all its problems, Escom compiles a schedule of loadshedding and religiously shares it weekly, no single day did Mera issue the Escom loadshedding plan.

Besides, the fuel delivery plan would also serve the public better if it included estimated delivery times. The current arrangement where consumers are left oblivious of when a particular service station will get fuel does not help anyone.

In 2009, the Economics Association of Malawi quantified the cost of the fuel crisis to the economy at K111 billion in November of that year alone. Ecama said the losses resulted from lost productivity as individuals and corporate spent productive time searching for fuel to keep going. There were also unscrupulous traders cashing in by selling the commodity at higher prices, thereby pushing up the cost of production.

The 2009-12 scenario has replicated itself now and this time around the losses should be colossal if the magnitude of the queues is anything to go by.

Besides having the courtesy to give consumers an indication of the expected times of delivery, OMCs should also drill their franchise dealers on how to manage queuing and order at service stations. There are stations where queuing is a nightmare and chaos is the order of the day.

Talking about order, service stations were recently “directed” to ensure that they have police presence, including traffic police officers, whenever they get fuel delivery to help manage the situation. But what the authorities did not say was at whose cost?

Surely, given that this is a crisis, the authorities should have asked the police to take it as their normal duty and not expect payment from the service station owners.

Today’s delivery plan indicates there will be petrol at a nearby service station, let me go and try my luck. I am hoping for the best as I “dumped” my car there waiting for petrol after being frustrated at several queues. It has been four days and counting, but I couldn’t have done otherwise as I have no time to stand the mostly chaotic queues.

Electricity and clean cooking go together

Where was the regulator in the Alliance Capital fiasco? 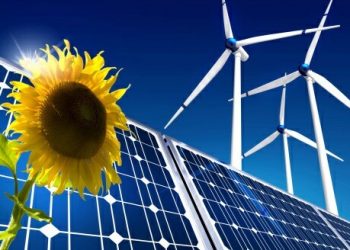 Electricity and clean cooking go together