“There are also fears that the decommissioning of Aggreko machines will result in massive load shedding but no this is not the case, we have plans as a government to find long term solutions,” Ibrahim Matola Minister of Energy April 20, 2022 Lilongwe.

It is only fair that Minister of Energy Ibrahim Matola should humbly withdraw the statement above and apologise to Malawians for lying to them on supply of electricity to the country after terminating the Aggrekko contract.

The timing was poor after scom had just lost 130 megwatts from Kapichira Hyro Power station to Tropical Cyclone Ana.

Matola made the statement above a day after Electricity Supply Corporation of Malawi (Escom) announced it had terminated its contract with the generator energy power firm Aggrekko. Aggrekko machines were adding 78 megawatts to the national grid.

Justifying the move, the minister, full of excitement as a new broom in office at that time, said the cost of running the diesel generators was very high and expensive for Escom to continue the contract.

Additionally, he said government is already working on cheaper alternatives to the generators like solar generated power plants currently under construction by renewable energy private companies.

“We have seen concerns from different sections of society about the termination of the Aggrekko contract, others are suggesting the millions we spent on generators and fuel should be given to Egenco so that they fix their hydro-electric power plants.

“There are also fears that the decommissioning of Aggreko machines will result in massive load shedding, but no this is not the case, we have plans as a government to find long term solutions.”

Escom’s director of finance Clement Kanyama added his weight to Matola’s sentiments saying the corporation was putting in place measures aimed at tracking power losses in the transmission system.

“A recent study we conducted in partnership with Egenco revealed that we have only been able to utilize less than half of the power Aggreko was adding to the grid despite the large sums of money that Escom was paying.”

But barely a month after decommissioning Aggrekko machines, Escom is back telling Malawians to brace for long periods of load-shedding because of the removal of some megawatts from the national grid, according to escom’s chief executive officer Kamkwamba Kumwenda.

Now, this is ridiculous. Where are those long term solutions for power supply the minister promised after taking out Aggrekko?

According to the Escom CEO, a possible solution to the problem is the Mozambique interconnection project. But this is only expected in two years. Kumwenda further told Malawians not to depend much on solar grids because they depend on sunshine which is not predictable, especially as we are moving into the cold season.

Agreed, the Aggrekko contract signed in 2019 was expensive for Escom. But we the consumers were sharing this cost if not bearing most of its brunt. Did Escom not push the extra bill to the consumer? Three percent of the power tariff consumers are paying was a result of this bad contract signed by the Democratic Progressive Party regime. That is why the Consumers Association of Malawi (Cama) recently wrote government to remove the three percent from the power tariff regime now that Aggrekko was decommissioned. Government is yet to act on the request meaning consumers are still paying the higher tariff as if the Aggrekko contract is still in operation.

I remember very well that one justification for the Aggrekko expensive deal was that it is better to give people electricity even if it is expensive than not at all. Government and Escom are now denying people power they are already paying for.

And bad as the Aggrekko contract was, the Tonse administration is making things worse. Escom should not have decommissioned Aggrekko generators at a time Tropical Cyclone Ana had made extensive damage to Kapichira Hydro Power Station resulting in the shutdown of power station and loss of production of around 130 megawatts of electricity. In all, the country lost 218 mw with no solution in sight about how to replace the lost power in the near future. And did I hear Escom needs a dizzying K18 billion to repair the hydro power station?

Government and Escom are now punishing consumers twice. Escom is only giving them power about half a day. But the little power it is giving them is expensive and based on the arrangement that they are being supplied with power on the Aggrekko arrangement. 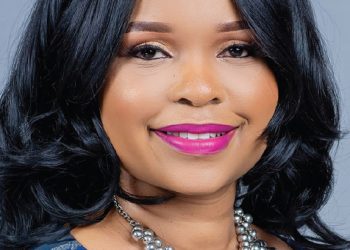 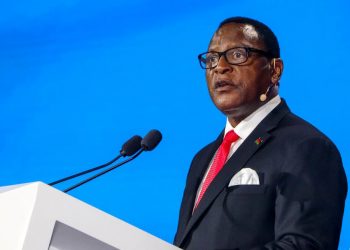