Songstress Sangie, real name Angel Mbekeani, continues to make a name as a champion of women and girls rights with the release of her single titled Say No More to Violence.

In an interview, Sangie said she wrote the song to reach out to Malawians on the evils of gender-based violence. “I want to empower individuals to speak out against all forms of violence and to take action to stop gender-based violence in their homes and communities,” she said.

Sangie said she will be performing the song at different occasions to ensure that the message is delivered.

In the song, she points out that stopping gender-based violence should start in homes and that parents should discuss with their children about the dangers of the vice.

“This should start from primary and secondary schools then workplaces and other places,” said the artist, who is brand ambassador for United Nations Education, Scientific and Cultural Organisation (Unesco) Student Training for Entrepreneurial Promotion (Step).

She, however, said much as she is championing the rights of women in the song, it does not mean she will stop writing and recording love songs and other compositions with different themes.

“At the moment, my focus is to reach out to as many Malawians as possible about the situation on gender-based violence. But I remain an all-rounder,” she said. Sangie is also the brand ambassador for mobile phone brand Itel as well as the face of Airtel Pa Net.

The song Say No More to Violence was produced by Dj Sley and Real Frenz Entertainment Limited. 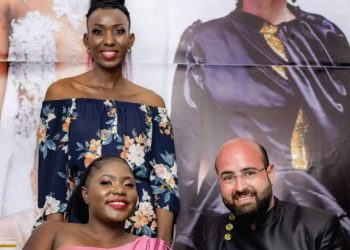