Cross-border traders have hailed government measures meant to boost the growth of small-scale businesses, saying they are a huge relief to traders who continue to face economic turbulences.

Minister of Finance Felix Mlusu on Friday announced that to support growth of small businesses, government is increasing the Common Market for Eastern and Southern Africa (Comesa) Simplified Trade Regime (STR) threshold from $2 000 (about K1.5 million to $3 000 (about K2.3 million).

Speaking when he presented the 2021/22 Budget Statement in Parliament, the minister also indicated that government is introducing a duty-free week for imports not exceeding $3 000 once a year.

Comesa STR is a trade arrangement which allows cross-border traders in the Comesa region to enjoy duty-free status when they import goods originating from other member States.

Mlusu said the development means that small businesses in the country will now import qualifying items valued up to $3 000 without paying import duty.

In an interview on Monday, Cross-border Traders Association of Malawi president Esther Tchukambiri said traders have been heavily battered by the Covid-19 effects; hence, measures to improve incomes for businesses are commendable.

She said: “Apart from problems relating to cross-border trade like lack of finance for trade, market infrastructures and verbal harassment, we suffer from policy issues despite the fact that we economically transform the economy.

“The policies in the budget, particularly the improvement in STR threshold and duty-free week, are a huge relief.”

According to Tchukambiri, the softening policy regulations and introduction of policies that are friendly to cross-borders will help them diversify economic activities and contribute to economic development.

Speaking separately, Chamber for Small Scale Business secretary general James Chiutsi said the measures are a boon for traders as they will help spur trade and put more revenue in their pockets.

“The Comesa STR threshold enhancement and the duty-free week will really ease the burden on SMEs and is a step in the right direction. We encourage government to keep considering SMEs in order to aid them grow,” he said.

Cross-border trade has been a major feature of Malawi’s economic and social landscape, with available data indicating it plays a huge role in Africa.

While it is difficult to precisely assess the magnitude of such trade due to lack of consistent measurement tools and accurate data, estimates suggest that cross-border trade continues to play a role in Africa.

In the Southern Africa Development Community (Sadc) region, for example, cross- border trade is estimated to be worth $17.6 billion per year, approximately 30 to 40 percent of total regional trade. 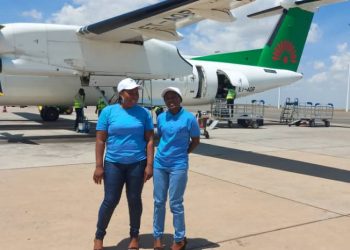