Africa doesn’t need strongmen; it needs strong institutions, former US president Barack Obama said during his visit to Ghana in July 2012. He further pointed out that development depends upon good governance. “That is the ingredient which has been missing in far too many places, for far too long,” he said.

Last month an Anti-Corruption Bureau (ACB) cemented our fears. Its integrity survey revealed that Immigration and Citizenship Services (ICS) as well as Directorate of Road Traffic and Safety Services (DRTSS) are rotting as corruption is still very high.

Both employees and their clients agree in the survey that bribery takes place in exchange of services at these two crucial institutions.

According to a summary of the results, the study found that 61 percent of DRTSS service providers sensed that officials take bribes while 44.4 percent of users agreed that bribes are paid out.

The study also found that 75.7 percent of service users agreed that a bribe is paid out to officials for a service with 38.2 percent of ICS service providers also agreeing that bribery was demanded for a service to be done.

If this study was replicated in other State institutions the results would be more shocking because corruption is so deep-rooted in most government ministries, departments and agencies. ICS and DRTSS could even be better off.

While corruption perception findings at ICS and DTRSS are just the tip on an iceberg, they give us something that we all should seriously consider doing something about it. The first point of call is leadership.

Many of our civil servants are hard working, honest citizens who want a better life for their families, communities, and the country but are often let down by the leaders who head their institutions.

The leaders—most are appointed by politicians (some unqualified to be a leaders or CEOs)—have weakened most of our State institutions to enable corruption to thrive. These senior officials in government also abuse power for private gain.

It is common knowledge that weak institutions can create an environment that reduces motivation and productivity. When employees face challenges such as low salaries and promotion that is unconnected to performance, it is easy to become disheartened. This is exactly what is happening in most State institutions.

Civil servants these days are not ashamed to wear political party hat. Let alone show in public that they belong to the ruling party to gain political favours.

We on the streets believe that senior government officials and political leaders should set the right precedent for civil servants by valuing and respecting government institutions because these institutions have a very crucial role in the running of State affairs.

The weakening of government institutions has flourished mainly because of the ineffectiveness of responsible authorities to enforce our laws to hold people accountable for their own actions.

The laws are there but responsible authorities don’t enforce them effectively enough to bring fairness and justice to the citizens which the government represents. When corruption is rife within government institutions or organisations the citizens will be left out and are distanced from the benefits of government services. n

BB in tricky away fixtures 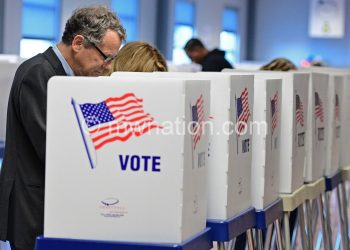 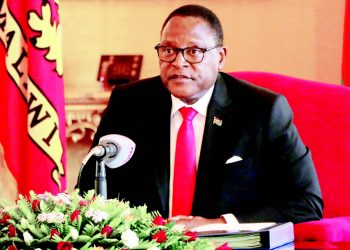 BB in tricky away fixtures