Eating back a columnist’s words

Things change fast in politics, maybe more than in any sphere of life. You can imagine the predicament this column has been facing with the recent turn of events. It’s not long this space spoilt the country’s chief executive officer with praise for fighting corruption.

The thinking then was that you cannot praise a president’s appointees for good work on fighting graft and leave out the appointing authority.

We know that without the President’s approval—tacit or explicit—the officers—no matter how independent their offices may appear on paper—cannot function effectively in so far as fighting corruption is concerned. It’s just how the game is rigged unfortunately. It’s how it works.

So, the President received the kudos, perhaps deservedly, and the praise also went to the Attorney General (AG), the Director of Public Prosecutions (DPP) and Anti-Corruption Bureau (ACB) Director General (DG).

But, until this point, the anti-corruption dragnet had done an impressive job: barring companies used as vehicles for corruption, terminating dubious contracts and arresting the kingpins.

But the handling of the Sattar investigation is begging more questions than answers. The State organs are no longer speaking with one voice, the AG and DPP performed a mini coup de grace this week when, out of blues, the AG announced a general amnesty on corruption, particularly singling out the Sattar case.

The fashion and manner in which the amnesty announcement was made, suggested to all and sundry that the AG was singlehandedly, turning himself into prosecutor, judge and jury.

Without investigating anyone, he was declaring that he will make them free people so long as they speak to him. And nowhere in the Constitution does the law allow him such powers. Even for the President to pardon a convict, he has to first wait for the police or ACB to bring him to court, judge to convict and sentence him, before he is eligible for parole.

We may be laymen in the law, but this did not make sense.

Yet, the AG’s strange intervention, without even consulting the ACB, comes hot on the heels when his boss, the President, is also beginning to surprise us with his strange behaviour since one of his ministers, Kezzie Msukwa, was arrested in connection with the Sattar investigation.

We may be mad bulls seeing red everywhere but something doesn’t add up for the President to allow the minister a whole two weeks in office after being arrested on suspicion that he was involved in corruption.

It’s exactly the sort of behaviour Chakwera himself unapologetically called Peter Mutharika, his predecessor, a prince of thieves, for example, when Mutharika dillydallied to fire George Chaponda from Cabinet after he was implicated and arrested over Maizegate.

But I guess, it’s just that different rules apply to different people when it comes to our sixth President. I guess, the mantra our good President uses is “do as I say, but not as I do!”

We certainly cannot even discuss the lack of decency in the minister himself to do the right thing and resign when the country’s CEO could not see the urgency in firing him.

Certainly, we see the double face in Plot Number One. Previously, two ministers and two aides under serious investigation—under this administration—were summarily and rightly dismissed when the handcuffs fell on them. The question is why not this time?

And why is the AG and DPP also acting funny on the same case?

The AG, bright, smart and able, winner of so many court battles, has unsurprisingly been found wanting in the public showdowns he has been engaging on the issue.

At a press briefing on the matter, he basically reversed the whole scheme of an amnesty even to the biggest crooks that have bankrupted this country. But like the President’s dillydallying on firing Msukwa, the damage had already been done. 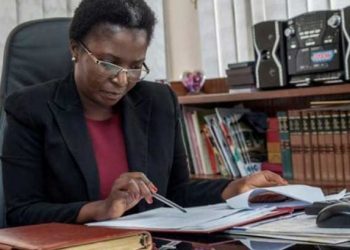 Remember you are mortal!