Historical lessons on the value of forgetting

One of the most remarkable faculties or abilities that has a very significant impact (for good or bad) on our lives as human beings is that of memory. Our ability to recall (or relive) our past experiences and to retrieve from the (rich) data bank of our brains the vast pool of knowledge we build each day is literally quite definitive of our potential for worthwhile living in many fascinating ways.

Quite literally, it is on the basis of our ability to commit knowledge to memory that we can acquire different social skills and technical competencies that promote productive living. (Technological or digital innovation seems to mimic this ability, hence the capacity of computers is defined by reference to its memory capacity: thus, all the talk of machine learning and the like seems to grow in corresponding proportion to the ever increasing capacity of the memory chip and how it can be manipulated or harnessed by appropriate algorithms).

Therefore, properly managed, the ability to remember is very vital to effective living. However, there is another aspect of memory that can be quite inhibitive to the pursuit of personal success. Whether good or bad, if not handled with the right perspective memories can easily become hindrances or stumbling blocks to the attainment of new heights or the pursuit of fresh challenges (which if tackled can generate new successes).

Historically, one of the most successful people in the spread of the Christian message of salvation in the early days was Apostle Paul. In one of his letters to his followers in a town called Philippi, Paul said something that seems to distil his wisdom for ever growing effective living: he said ‘one thing I do, forgetting those things which are behind, I reach forward to attain a better knowledge and experience of my Saviour’ (my crude paraphrase of Philippians 3:13b).

It is important to observe that Paul had a very rich past by the time he made that remarkable statement concerning his philosophy of life regarding memories. Like most middle aged people, his life comprised a mixed bag of many great accomplishments (which ordinarily would justify one to dwell on past glories and continuously commemorate his remarkable conversion on the road to Damascus!): he had worked many miracles and achieved many missionary exploits in circumstances that no Netflix or Hollywood drama could ever adequately portray.

In some sense, therefore, Paul would have easily been entitled to want to erect some monuments so to speak in order to celebrate such memories of past success; however, instead of erecting edifices (physically or psychologically) which would constantly remind him (and others) of what he had already successfully attained in life, Paul says he rather chose to forget everything that lay behind him.

Quite clearly, such forgetting does not mean he obliterated or erased from his mind any historical record of such past experiences; it would seem rather that he deliberately chose not to dwell or focus his mental energies on those memories and experiences. The past did not preoccupy his present life; he determined to leave the past where it belongs i.e. behind him. In doing so, he demonstrated unusual wisdom: it is wise to realize that dwelling on past successes can easily breed a sense of complacency which can hinder the pursuit of fresh challenges and opportunities which we are all presented with on our journey through life.

But besides the positive memories of past glories and successes which Paul had to learn to forget, he also had quite a lot of negative baggage in his memory bank. This man had spent his early years as a religious zealot who made the elimination of the new believers in Christ his life mission. Paul had presided over the mob killing by stoning of the first Christian martyr Stephen at Jerusalem: he was on his way to pursue and destroy more Christians when he had his remarkable encounter on the road to Damascus.

In other words, if Paul had not learnt the discipline of being able to let go of his past failures, he could very easily have been imprisoned in a very formidable cage of personal regrets. His mistakes, shortcomings and setbacks were never allowed to dominate his present life once Paul had encountered The Truth in Person on the Damascus Road. Instead, his past even empowered him to have remarkable empathy for others whose past could have easily inhibited their own progress in life. 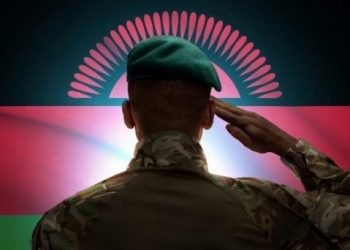 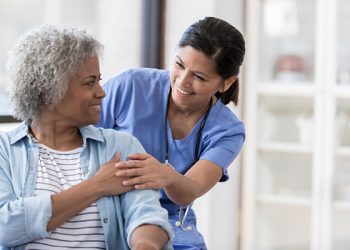 Seasons of life: The joy of parenting parents II