The development, according to analysts, is due to the attractive rates offered on the long term instruments.

In an interview on Tuesday, investment and market analyst Cosmas Chigwe said the growing demand for long-term instruments is due to the attractive rates placed on long-term securities.

“Monetary authorities are simply placing and accepting much higher yields and more applications on long-term securities to force the market to place  their investments in the long-term to effectively restructure their debt,” he said.

According to data contained in Bridgepath Capital Limited economic report for June, total applications for Treasury bills have decreased by 14.25 percent, from K18.72 billion in June 2020 to June 2021.

In recent times, the Treasury has shifted focus to long-term borrowing, moving away from short term borrowing, a development analysts have described as a positive move towards debt restructuring.

“This as part of government financing of debt is a positive move similarly to investors because if they want to sell they can sell. Analysts are looking for a home for investments and they will surely bid for it as part of their asset allocation but also looking for the good yields,” he said.

Currently, Malawi’s debt stock has been on the rise, hitting a record K4.76 trillion by December last year, which is double the value of the last financial year’s fiscal plan pegged at K2.3 trillion.

Meanwhile, the World Bank has expressed fear over rising domestic debt which previously pushed Malawi into high overall risk of debt distress and is budgeted to continue rising sharply, which will increasingly reduce fiscal space.

Treasury has continued to finance fiscal deficits through domestic borrowing, reaching 5.9 percent of gross domestic product (GDP) and a budgeted 7.8 percent in the last financial and present financial year respectively.

The World Bank has since projected that  domestic debt could exceed 30 percent of GDP by the end of this financial year and that the  external debt-to-GDP ratio may also increase from its current level of 21 percent due to financing needs for Covid-19 response.

Time out, no point  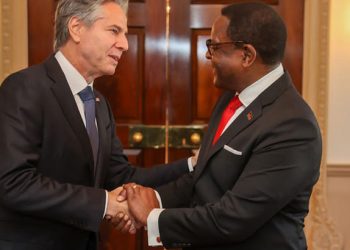