While the last bell at 4:20pm sends fellow learners into a recreation mood, it is Tiyamike Kalukwete’s gentle reminder of her motherly duties for a one-year-and-three-month-old baby.

“I always rush home to breastfeed my baby because she endures four to five hours without milk during school days,” says the 17-year-old from Salima Village, Traditional Authority Chowe in Mangochi.

The Standard Six learner at Sungusya Primary School starts classes at 10am through 4:20pm.

The teen mother says it is this school day routine that fuels her focus to work hard in school.

“I effectively use the school hours to excel with my education so that I get a job to support my mother and baby with basic needs easily,” she says.

Tiyamike, who aspires to become a secondary school teacher, says she is a victim of peer pressure during a five-month closure of schools in the country due to Covid-19 pandemic.

On March 23 2020, government closed schools as one of the measures to halt the spread of the coronavirus in the country. The schools remained closed until early September 2020.

Ministry of Gender, Community Development and Social Welfare reported that around 13 000 girls got pregnant and 40 000 others married before their 18th birthday during the period.

Says Tiyamike: “I thought school would never reopen again. Peer pressure made me careless about my future and I indulged in sexual relationships.

“I thought I was advancing in life just to fall pregnant which forced me to drop out of school. The boy [a Standard Seven learner] who impregnated me denied responsibility.”

Though the situation angered Yusuf who takes care of the seven-member family through piecework in the neighbourhood, she provides for Tiyamike with the necessary support.

Tiyamike also appreciates a mother group at the school for encouraging her to return to class to pursue her dream to become a teacher after giving birth.

“Frequent visits of the mothers, when I was pregnant, gave me moral and psychological support to go back to school,” she says.

The mother group is under a Joint Programme on Girls’ Education (JPGE) that strives to enhance girls’ right to education by fighting against sexual and physical violence of child marriages and teen pregnancies in the district.

From 2014, World Food Programme (WFP), in partnership with Unicef and United Nations Population Fund (UNFPA), is enhancing the capacity of community-led structures like mother groups on their roles and responsibilities to increase the school completion rate of girls in the area.

Tiyamike is one of the 250 teen mothers that have been re-enrolled at the school since 2017.

“We monitor girls’ attendance and follow up on those who are absent from school for more than two days.

“We provide the girls with reusable sanitary pads for them not to miss classes during menses. We also encourage re-enrollment of teen mothers like Tiyamike,” she says.

Tiyamike says she was assured of a conducive environment at the school when two teachers visited her after giving birth.

The programme also offers continuous professional development for teachers to execute their duties effectively. About 15 of 24 teachers at Sungusya Primary School have been trained in various courses.

However, Nkhoma bemoans shortage of classrooms to accommodate the learners.

“This makes it difficult to have a safe learning environment in this Covid-19 era. We have a higher teacher to pupil ratio (1:71) that calls for extra material support,” he says.

Group village head Chindamba says the interventions prompted him to ban all harmful cultural practices for a girl child to thrive with education.

“While the mother group monitors the girls, I am terminating child marriages and enforcing child protection by-laws for communities to support girls’ right to education,” he says.

He says: “Empowering girls and giving teen mothers a second chance to be educated are crucial initiatives to break the vicious circle of poverty in communities. We are committed to strengthening quality, inclusive and equitable education for all.” 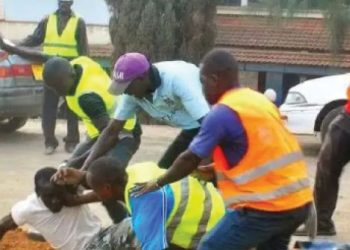