Television came late to Malawi. So radio filled the void. This made radio production an art.

Painting the picture, creating the smells and sounds and providing the touch and taste senses for the listening audience was all in a day’s work for the radio producer. The producer was the unsung hero who put many hours of work behind the voices celebrated by audiences.

Sifting through the stellar radio productions of those great years, the name Marvin Hanke pops up time and time again. From radio theatre to music and jingle production, everything Hanke touched turned into gold.

It was the love for music that led Hanke to the Malawi Broadcasting Corporation (MBC) in 1975. MBC  was Malawi’s only radio station then.

Growing up in his home district of Chiradzulu, before the family moved to Balaka in search of land to settle on, Hanke credits his passion for radio and music to his teacher father.

“My dad bought a transistor radio when I was in primary school in the 60s. That was what triggered my love for music. It is the same love for music that led me to look for a job at MBC.”

Hanke remembers his first day of employment at MBC like yesterday.

“It was exciting. I was given a tour of all the departments but it was in the music library that I wanted to spend most of my time. It was amazing to see stacks upon stacks of music on vinyl records,” he says.

Hanke started out working as a recording engineer. However, because of his interest in literature, he applied to transfer from engineering to production. He had been under the tutelage of Dr Ken Lipenga’s English Literature classes at Chiradzulu Secondary School.

“Dr Lipenga’s interpretation of literature, especially Chinua Achebe’s Things Fall Apart inspired my interest in writing. I got two points in English. I owe it to him,” he says.

The then director general of MBC, Tony Kandiero, recognised Hanke’s talent and approved his lateral move to the production department. There, he understudied the great hands of Franklin Longwe in the production of Theatre of the Air and Emeliana Nyasulu in creating content for the Writers’ Corner.

He, eventually, took over as producer of these marquee programmes.  His genius Theatre of the Air productions on Friday night was radio drama at its best. Hanke brought to life amazing social stories that defined the 80s and 90s.

A good ear, open mind and ability to adapt to changing times are also what Hanke was greatly blessed with. Like all great producers before him, he often incorporated critical contemporary social issues in his productions.

One of such productions is ‘Mitengo’ by Wallstone Sangala, one of the best social activism jingles ever produced. Malawi in the mid-90s woke up to the realisation that the country’s trees were disappearing. All of a sudden, the climate wasn’t what it used to be. Agriculture, the mainstay, was under threat. Farmers couldn’t plan anymore because rainfall patterns had changed. The water tables had receded.

Organisations concerned with the damage to the Malawian environment turned to Hanke. This set the pace for one of the greatest jingle productions that defined radio production. Knowing Malawians still needed trees for their energy needs, in “Mitengo” Hanke pleaded that Malawians needed to replace the trees that were being wantonly cut down… Tidzalenso Mitengo tikadula.

However, Hanke says asking him to choose his best production is akin to being given the toughest task of choosing the favourite among his eight children.  Nonetheless, he cites a radio play he wrote entitled ‘The Most Beautiful Girl’ starring only two actors, Viphya Harawa and Towera Masiku, as one that stands out from his remarkable production catalogue.

Hanke would work for MBC for 24 years before retiring in 1999 as a chief producer. During his time at MBC, his drama productions won international awards such as The URTNA Award and The Nelson Mandela Award for radio drama in Africa.

Before the turn of the new millennium, his search for “challenges of trying something different” saw him co-founding the Story Workshop, a development communication non-governmental organisation where he worked as executive director for nine years, and voluntarily retired in 2008.

He credits his work at the Story Workshop for the popularisation of edutainment through the radio drama production skills he acquired from MBC.

Hanke narrates: “Theatre of the Air won awards because it was purely an entertainment vehicle.  But to have an educational radio drama such as Zimachitika win the number one position on Entertainers of the Year for three years running as well as The Commonwealth Award for Action on HIV and Aids was no mean achievement.”

In retrospect, Hanke is filled with great apprehension at the quality of radio production these days.

“Without meaning to offend anyone, I think today’s radio content is rather shallow compared to the radio content of those days. The seriousness which producers and presenters including news readers put into their job is no longer there,” he says.

With nostalgia and a deep sense of melancholy, he looks back to the stellar days of radio production at MBC where the benchmark was the British Broadcasting Corporation (BBC).

At 67, Hanke still looks young and energetic for a father of eight children and grandfather of nine. He attributes this to his vegan lifestyle and exercises.

With the love of his wife, Yana, by his side, Hanke can still be found behind the sound console in Naperi, Blantyre at his private media production house called Audio Clinic Productions. The organisation is responsible for producing and developing radio programmes, radio jingles, adverts and music.

Marvin is also partnering with Mibawa in the production of a new television drama series called Zikuchitika which starts airing in July 2022. It will be focusing on everyday life themes such as relationships, religion and finances.

“When you do something you like and enjoy doing, you are likely to do it well and succeed,” he says.

APM digging a hole for DPP 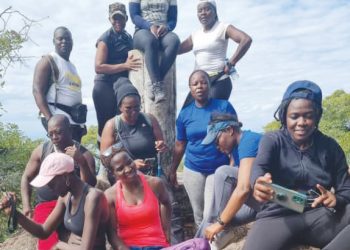 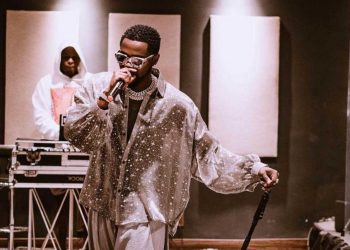 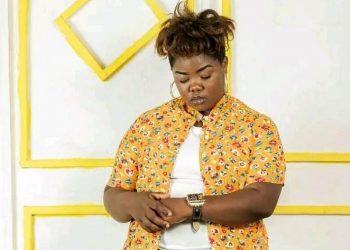