by Suzgo Chitete
in Editors Pick, National News
2 min read
0
Share on FacebookShare on TwitterShare on WhatsAppShare on LinkedinLinkedinShare via Email

“On behalf of Parliament of Malawi, I am writing to convey Parliament’s support for your candidature for the president of the Pan-African Parliament. Wish you all the best,” reads a communication from Clerk of Parliament Fiona Kalemba addressed to Charumbira, dated June 29 2022.

Chihana, in a written response, on Friday confirmed participating in the elections.

In an interview, Malawi Parliament spokesperson Ian Mwenye said Sadc as a bloc settled for Charumbira in 2021, and Chihana only expressed interest to contest few weeks ago.

The legislative arm of the African Union had an ordinary session at its headquarters in Midrand, South Africa, where some Malawian MPs, including Chihana, were present.

Charumbira’s bid for the presidency seemed so easy after getting the backing of Africa’s southern and northern regions.

Charumbira is the first delegate from the southern bloc to take up the top seat, reports show.

We have not been able to capture details of how Charumbira scored in the election. 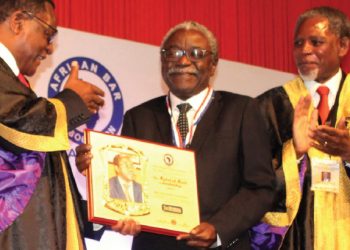