Malawi, just like any other African country, is known for its traditions. But with the coming of other religions such as Christianity and Islam, some traditions and beliefs have been abandoned after the new teachings branded them not appropriate. However, a new movement of reviving the country’s traditions called ChiPembedzo cha Makolo achiKuda (PeKoKu) is here. Our arts editor EDITH GONDWE caught up with the group’s spokesperson for details

Q: Tell us more about your grouping?

A: This group was registered as ChiPembedzo cha maKolo achiKuda. We pick first two letters of ‘tsinde la mau’ in each word in our full name to make the acronym PeKoKu.

Q: Not many people are fully aware of PeKoKu….are you a nationwide institution?

A: We actually stand for revival and rehabilitation of African spiritual systems and practices in Malawi and beyond (collaboration with others in a similar mission in Africa and diaspora) as we now know, that it is critical and integral part of the African cultural heritage that needs preservation and propagation.

Q: What are the fundamental principles of the group?

A: Many people are not aware of African spirituality, let alone PeKoKu because since the coming of foreign religions in Africa and Malawi in our case, Africans’ way of worship.

The two main foreign religions predominant in this country discredit African traditional beliefs as backward, demonic, evil and equating it with witchcraft and superstition. This was of course typical of colonialism and its mentality which can be summarised as white supremacy. Hence, our religion was perceived as backward, ignorant and what have you – as they compare it with theirs.

Now that most Africans found themselves as members of foreign beliefs that worked hard to kill African spiritual systems, we ended up having less coverage in the media.

We are actually a nationwide institution as we were registered as any religion in Malawi. We’ve branches and members in all regions, but the most active ones are in the Southern Region. Lilongwe and the Central Region are picking up with the recent establishment of the Lilongwe City branchwhich is coordinating revival works in the Central Region.

Q: How big is your membership and how do you plan to grow it?

A: We don’t see membership the way other religions do by counting those in their books and those paying monetary contributions, no. We strongly affirm that all Africans in Malawi belong to this religion only that they are mentally programmed to follow foreign religions. All I’m saying is that all Africans in Malawi (usually unconsciously) practise African religious rituals in various ways. A classic example is the African funeral process: telling the chief first before the start of mourning, lighting fire at the ground during a funeral, covering of coffin with mphasa [mat]during burial, deciding where the deceased’s head will face during burial are all rituals from African spirituality. Sometimes Africans do this in secret or hiding to avoid the negative reactions from the foreign religions. A case in point is attending to dreams and their meanings. Most Africans tend to consult asing’anga [traditional doctor] on various issues, from business to protection from ‘witch crafters’ (evil people who use magic to harm).

Q: How many times a week or month do you meet?

A: In African system of worship, we don’t have special or holy days in a week for prayer. We worship everyday and everywhere. The home is the first shrine because every home of a conscious practitioner tends to have a family shrine in or outside the house. Normally during eating, a small portion of food is first given as sacrifice to the ancestors.

Typically, practitioners congregate per arrangement or need. For example, just before harvest for masika (African Thanksgiving for the harvest).

However, as a strategy for revival, all branches in Blantyre meet once every first Sunday of the month at our headquarters in Machinjiri to encourage, educate and organise returnees and old practitioners to African religion. Lilongwe City branch has just clocked one year doing the same at Botanical 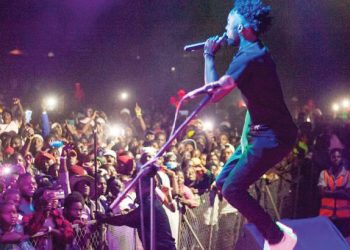 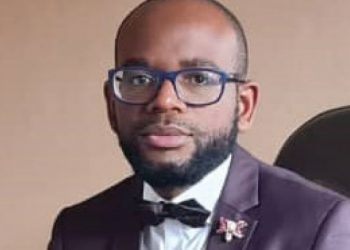 What has frustrated the growth of theatre?