We can do without some levies in fuel price

Malawi Energy Regulatory Authority (Mera) on June 21 adjusted upwards fuel pump prices by an average of 34 percent. It cited rising cost of petroleum on the world market, the 25 percent devaluation of the kwacha and associated costs as contributing factors.

While global trends contribute to the situation, the introduction of two new levies in the local petroleum price build-up has worsened the situation.

The two new levies mean that consumers are now saddled with 10 levies worth K331.08 per litre in the price build-up.

Mera has introduced the In Bond Landed Cost (IBLC) Loss Recovery levy at K72.35 per litre purportedly to cover importation losses that have accumulated due to increasing Free on Board (FoB) prices on the world market and high cost of financing fuel imports in the previous months.

The regulator has also added the Finance Charges levy in the price build-up to cater for costs of obtaining imports financing.

The Energy Regulation levy goes to Mera to support its operations. Through this levy, consumers contribute K19 per litre to finance the construction of the Mera office building at City Centre in Lilongwe, a luxury, I must say. This levy can be reduced to K10 or less per litre.

The Road Maintenance levy is one of the oldest in the price build-up and goes towards road construction and maintenance. It was introduced as a condition by development partners to act like a matching grant to their road construction grants or loans. This too can be adjusted downwards by 15 or 10 percent and it will still collect significant amounts towards its cause.

MBS Cess levy finances quality monitoring and development of standards by the bureau which tests and checks the quality of fuel products. Ironically, MBS charges for its services as well, as such, it does not make sense to burden the fuel consumer. It is like a double dip by MBS to me. In fact, by now MBS should have been weaned off the fuel price build-up.

We are told the IBLC Loss Recovery levy is meant to collect funds which the PSF failed purportedly to meet the difference between the global oil price and the landed cost as determined by Mera and has always been on the lower side. The new levy is, thus, collecting that which the PSF owes importers from the past when it failed to reimburse the difference. In view of the emerging trends, this is a welcome levy, but should not be a permanent feature.

Financing Charges levy, on the other hand, is designed to cover for the charges sustained by Importers as a cost of borrowing for importation. This one does not make sense and is another unjust burden pushed to the consumer.

Seriously, should consumers bear the cost of borrowing for a business entity? No! Such costs are supposed to form part of business costs, as such, should be borne by the businesses. What I see through the introduction of this levy is that Mera appears to prioritise the interests of importers at the expense of consumers. It should be removed from the price build-up.

Many countries use levies in commodity prices as collection vehicles for resources to finance various initiatives and causes as highlighted above. But here it is the lack of transparency that creates suspicion. Mera should start publishing the collections for the PSF, for instance. 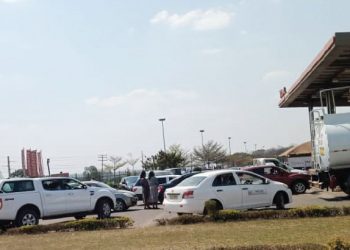