by Frank Namangale
in Front Page, National News
3 min read
0
Share on FacebookShare on TwitterShare on WhatsAppShare on LinkedinLinkedinShare via Email

The High Court in Blantyre on Friday ordered Youth and Society (YAS) to pay the Democratic Progressive Party (DPP), Pioneer Investments (PI) and the Anti-Corruption Bureau (ACB) costs incurred on Friday after it caused an adjournment of an inter partes hearing.

The high profile case, which also involves President Peter Mutharika, a sole signatory to a DPP account held at Standard Bank that was frozen following YAS application to the court, was coming for the hearing on Friday, but lawyer Lusungu Gondwe sought an adjournment on grounds that his colleague, Bright Theu, lost a brother-in-law and had also his biological father hospitalised. 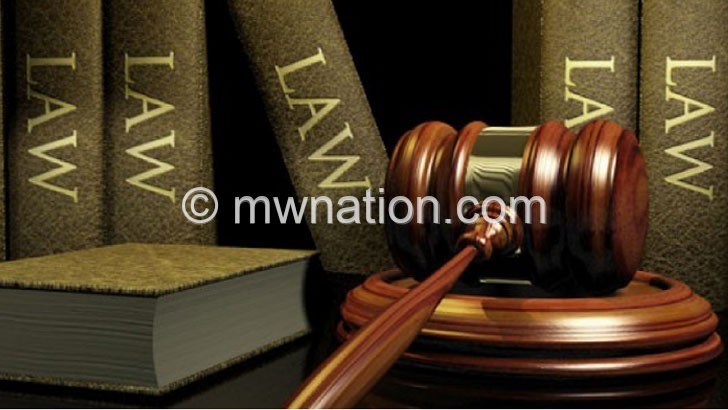 In opposing the adjournment, Gondwe and Alide cited the urgency of the matter and argued that doing so was causing harm to their clients whose bank accounts were frozen.

They argued that Ritz Attorneys-at-Law, which they said has a number of lawyers, should have assigned another lawyer to take up the matter if Theu could not be available. Gondwe and Alide also said they were going to accept the adjournment on one condition-to unfreeze the bank account.

But after listening to all the arguments, including from Mangani and Matemba who opposed the adjournment, presiding judge Jack N’riva, said he was not going to make a determination on the matter but only adjourn it to Monday for the substantive hearing.

N’riva, however, observed that while he appreciated that issues of bereavement are unforeseeable, the law firm representing YAS should have identified another lawyer to take up the matter.

The judge said such cases are dependent on sworn affidavits and another lawyer could have simply taken it up. N’riva said coming up with a ruling was going to take him a lot of time, and he instead adjourned the matter to Monday, 2pm, but condemned YAS with costs for Friday’s proceedings.

This meant, the claimants, YAS, had to foot bills for the rest of the parties, ruled N’riva.

The court earlier ordered Standard Bank Plc to freeze an account for the DPP through which the party allegedly received K145 million from Pioneer Investments in the Malawi Police Service food rations deal.

The court, according to documents, based its decision on the application made by Mzuzu-based YAS.

In the Civil Case No.215 of 2018, DPP’s secretary general Greselder Jeffrey, Attorney General Charles Mhango are first defendants on their own behalf, Zameer Karim of Pioneer Investments is second defendant while Innocent Bottoman of Police is the third defendant.

The case follows a leaked dossier from the ACB which documented that Pioneer Investments made an abortive interest claim of K466 million and deposited K145 million into the DPP bank account No. 0140031992200 at Standard Bank.

YAS took the DPP and Pioneer Investments to court after the two failed to pay back the money, having demanded such through demand letters on July 17 2018.