Four years ago, Penelope Saiti was diagnosed with breast cancer.

Several painful treatments and an agonising journey, she remains positive and her belief in God has grown stronger.

She is one of the lucky few who get detected early and treated locally.

“On a bright Saturday morning of February 3 2018, I woke up, but conducted a breast examination while still in bed. I didn’t have any knowledge or cancer history in my family. It was after I attended the October 2017 Think Pink function. I notice a little lump and I told my husband to feel it and he confirmed,” she said.

Having learnt that early detection was fundamental, Saiti went to a government hospital on Monday.

However, she was not assisted and only decided to try another institution seven months later.

In September 2018, her breast cancer was confirmed and she waited a month for the results.

Said Saiti: “The waiting period was stressful because of the uncertainty. Thanks to my number one support system, my husband and family. I took the results like I would for malaria. I was operated on after.”

But the treatment was not a walk in the park as she admits to pains from the operation, drips and hospital stays during treatment.

The businesswoman experienced her share of hair loss from chemotherapy and loose bowels as side effects.

Saiti received her first treatment from Daeyang Luke Hospital and the chemotherapy was administered at Kamuzu Central Hospital, both in Lilongwe.

“Treatment in public hospitals is poor. Sometimes you go to the hospital early in the morning only to start receiving treatment at midday. At times, the equipment is bad. But I am grateful to doctors, nurses and the oncology team. God bless them,” she said.

She acknowledges that the treatments do not mean freedom from breast cancer, but her faith in God who heals gives her the courage to declare healing.

Her advice to fellow women: “Let us not look at cancer as a death sentence. We can beat this. Let’s fight it and remember, early detection saves life

“At community level, people wondered to how I remained positive and others were encouraged to go for testing.”

Saiti is into baking and catering business. She has two children.

Do you have an office husband/wife?

Equipping girls with the power of choice 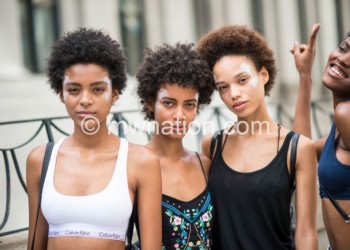